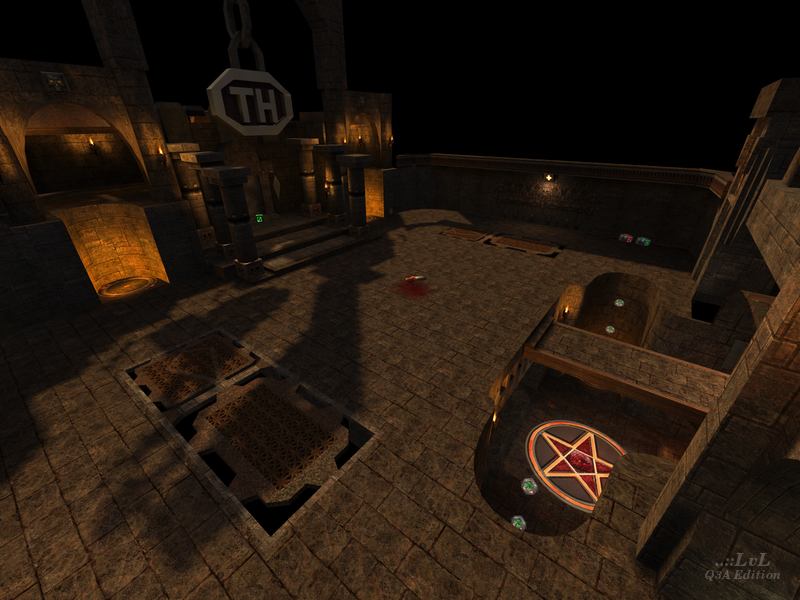 This is BLOOD's first map, but you may not know it judging from the intricate, carefully made architecture in the level. 8 players in the Free-For-All gametype is what the readme suggests, but I can see this map housing Team Deathmatch or Tourney matches.

First thing is first; you have to load it via the console with /map (or devmap) bloodm1v2. This is because the menu option for the map doesn't have the same map name and it has the fiery-red Q3A logo that says that there is no screenshot, usually indicating that the map can not be loaded from the menu option.

Once loaded, gameplay is very good. I didn't really see any flaws besides what was stated in the readme. Bots navigate well and function properly. A secret was mentioned, but I don't think I ever found it.

Textures are properly aligned and the architecture is good, but I felt that the floater was out of place in a black void. I would have preferred if it was on stilts or something high above a plain/forest/mountain or something given that it has Gothic/Medieval theme. The chair the skeleton sits on was unusually big, and the broken metal pillar in the pool room looks unnaturally split with the roof above it unchanged. The other gripes I have is some of the polygons were not tangible, Zbraing/z-fighting with overlapping textures. Some textures not existing on solid walls. The last few issues were found in spectator mode.

A very decent 1st map, with some flaws present. It just feels underdeveloped and should have a second version that dealt with the issues. 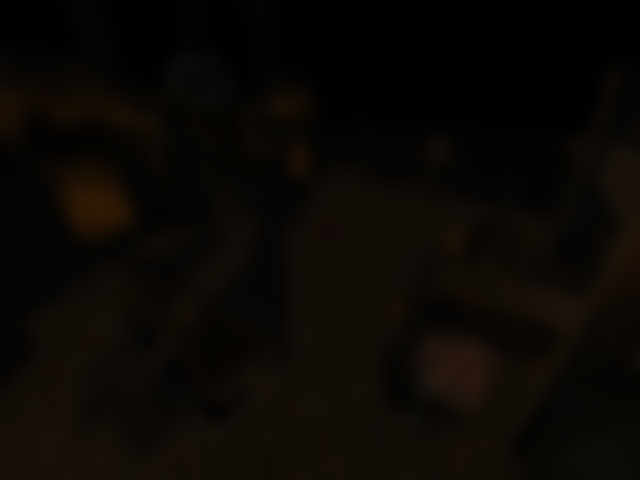