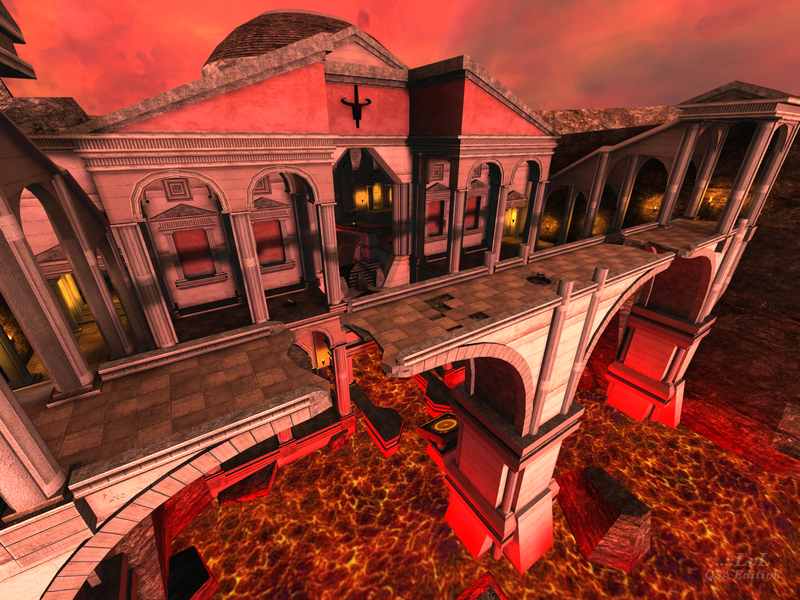 Carnage grounds takes place in the Ancient Rome period with classical forums for buildings, accompanied by lava-falls, lava rivers and a lava pool. Greek/Roman bots love, and I mean LOVE lava. They love it so much, they want to embrace it! Clearly, Prometheus made a mistake by giving the humans too much of a good thing.

I'd like to say this to get it out of the way: I only play vanilla Quake 3 for map reviews. If I were to keep this map and play it, I would play it with mods like SuperHeroes Arena 3 (alt link), Annihilation, and Hunt. That said, onto the review.

Weapon and item placement was okay, but there isn't much to discourage the Railgun camping on the bridge, especially with a nearby Megahealth. Most items spawn points are marked by engraved circles in the ground and armor shards are typically found in groups of four.

Despite the suggested player load (only tested with bots), four or less bots will result in a game of hide-and-seek. The bots don't move from their spawn points until a player crosses their line of sight. They also tend to dive into the lava in a seemingly deliberate manner, making comp-stomps a joke. My suggestion is that you add more than four players since bots are lazy and the map is relatively large for a 4-vs-4.

Most visuals are nice but I feel that the lava could have been done better. Knowing how real-life molten rock/metal moves, I felt that it behaved in a somewhat unrealistic manner. The lava-fall is unnaturally flat and orderly and we all know that Mother Nature isn't like that :) Maybe the lava pool should have had water instead for better authenticity, but that's just me. 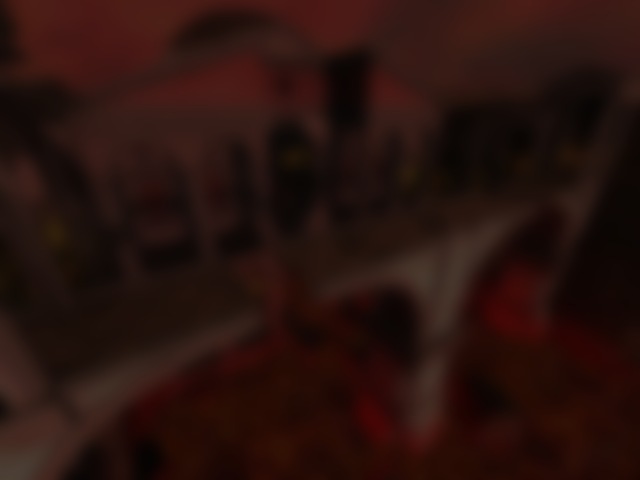