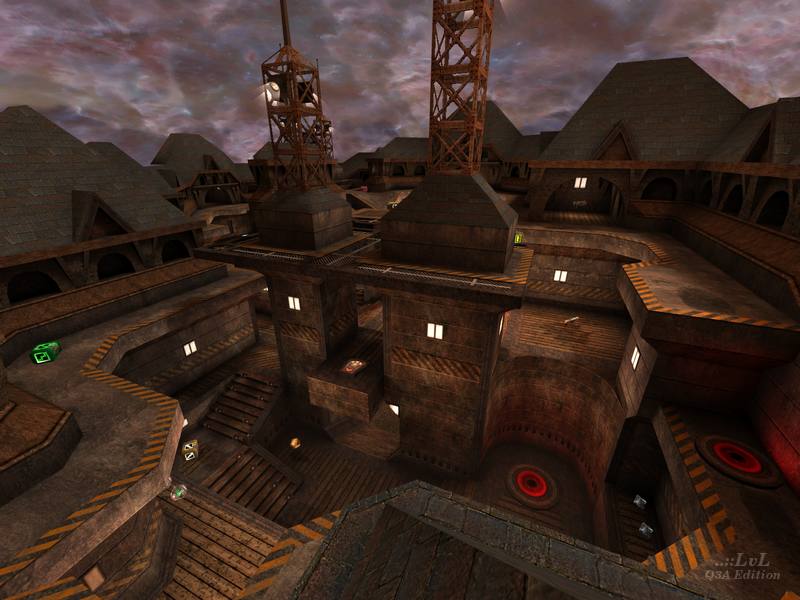 Originally built for the "Summer 2013 Mapping Competition" by Maverick Servers - and won 1st place. I believe this version to be slightly different (but this maybe wrong).

The map is both enjoyable and interesting, but to be very honest I am surprised it won. The setting suggests some kind of outpost which is hinted to within the title. However the title also suggests either a small Greek Island or the planet Venus - either will work.

The finished map is polished. The textures and colour scheme works well. The lighting is full range, going from very dark shadows all the way to bright areas.

The areas are a little repetitive visually. For example; the above ground area contains three main arenas. Two of these contain almost matching towers. All contain the same sky line and surround. The underground section consists of one main room and a series of connecting corridors. All the corridors are the same and makes this section of the level feel a bit like a maze. A few visually differences, even just posters or decals would have really helped here. The only other real disappointment was the teleporters. They just seem like a blocked up doorway at first.

Gameplay is the interesting part. The upper area is for dominating. You can move all over the map very quickly and control everything. There is next to no reason to leave it. The only way to clear a camper is with a few clear rail shots or to knock them off with Rocket Splash. The narrow walkways make this possible but only in a DM match. In a Tourney, once a geared up player has control it would be a lot harder.

The lower area and underground are simply for hiding and trying to gear up to attack or to try and take control of above. The big issue is key items, the Red Armour, Haste and Megahealth, can be observed from the top tier.

DM games are the most enjoyable with 3 or 4 players with everyone trying to gain the dominating position above - and keep it.

Don't get me wrong, this is a map that is well worth checking out and this review has focused on the issues more than anything else. 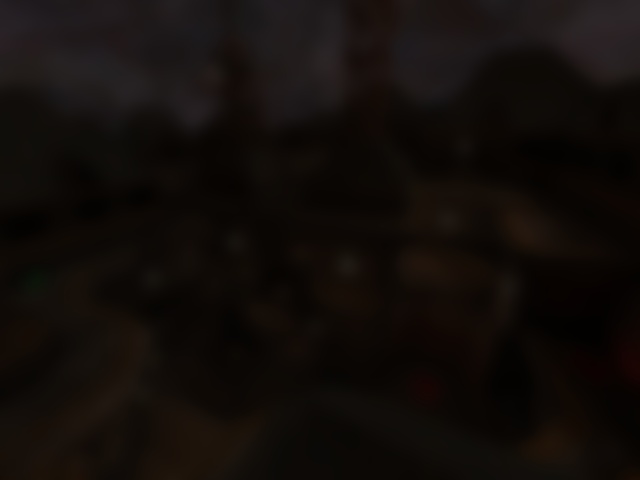