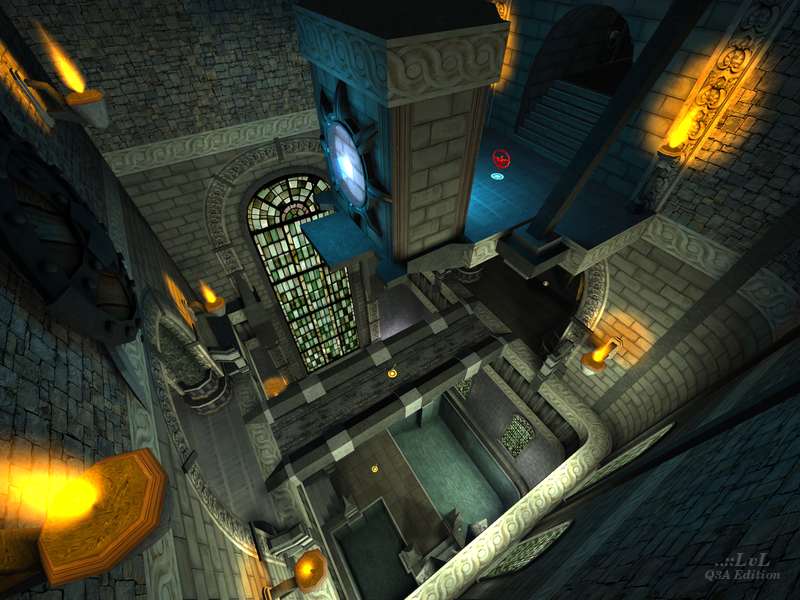 First of all, I'd say I had troubles with Hunk memory allocation. Set to 1024 and map runs fine. This info is missing from the readme file or the author simply never noticed the issue.

The theme of the level is that of a futuristic city with heavy castle influence. There is an amazing level of detail and custom features - all adding to richness of the theme.

Also included are custom sounds for the ambience and map features like doors and platforms. One of these map features sounds will override a default sound while you have this map installed. Ambient sounds include choir sings, wind noises and rippling water, which adds to the realistic feel of the map. Sounds are mostly taken from freesound.

Other custom additions include heaps of textures and a number models based on comic heroes. All the bridges, doors, archways and terrain have a real depth to them. Portals are included to reach some of the bonus items hanging in the air.

Lightning is a bit dark in the outer areas and corridors, but inside the castle there is a lot of light to see who are you shooting at.

The skybox is using a portal skybox entity. This has allowed the author to create a very immersive environment, including a moon, clouds, stars and a city to surround the main map.

There are a few clipping errors for some models, as you can go through them and shoot through them.

Gameplay can be sparse due to the size of map, yet at other times everyone will be in the same area. You can run in the castle and the outside area, swim in pool and water areas. Items are in good locations. There are some powerups to have a look for and some items seem to be unreachable.

Interestingly, the author says it can hold 4-6 players, I say it can be up to 8 players and the gameplay won't lose on quality. Botplay is fine, they focus commonly in bottom part of castle and portals, but they route the entire map with no issues. FPS got a bit choppy, but it is almost unrecognisable.

Interesting release with good gameplay, check it out.

Tigs notes: The overriding sound issue will appear in other maps that use the same default sound. Authors should not replace default content with their own versions. There are two fixes. You can either delete the map or delete the sound/movers/doors folder from within the PK3 file. 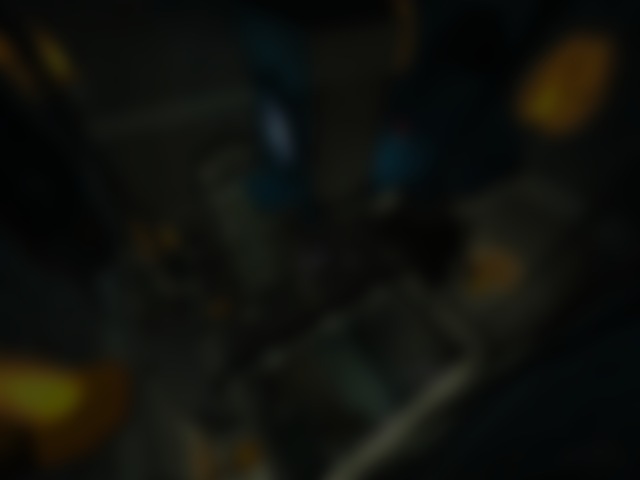