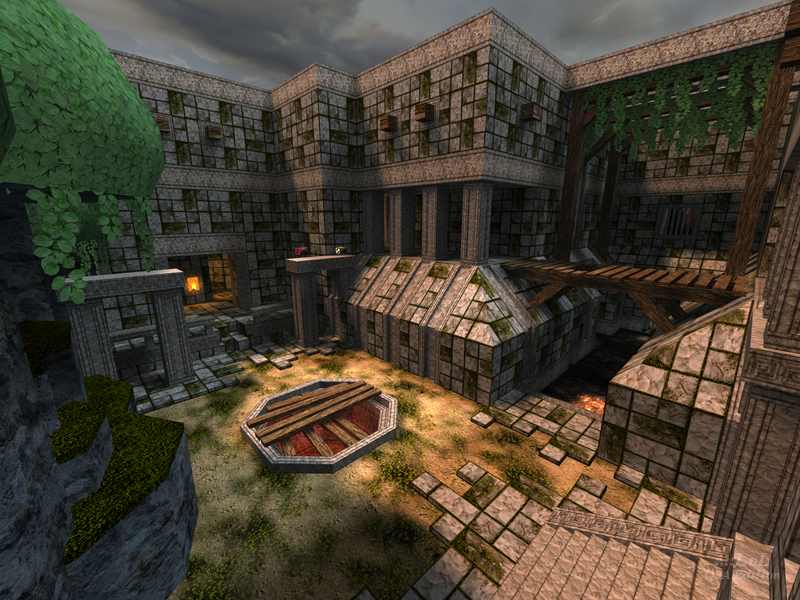 This (possibly) Mayan-themed map is quite fine. Although there is not much complexity in the brushes, several things like the leaves hanging from the beams create a very nice atmosphere. What I've found a little bit too much is the brick wall texture. In some rooms like in the Plasma / MH room it is a little overwhelming. The foliage outside growing down the walls are also a bit too much, I'd prefer less there so I can look through the foliage and see the wall behind it.

As for the gameplay I've found it very good and quick. There are several shortcuts which is a very good point. For instance to get to the RA you can jump up the ledges (quite difficult during a fight) or through the pillar tops from above to reach it. Placement of the Quad Damage is also very nice. It is located in a lava-filled room, on planks and I had several enjoyable fights going for it or escaping with it. There is a very tight hole above the Quad, which can be used to fall to it. You can also jump into the hole right from the RA - but this needs practicing.

Gameplay is fast, you can reach every corner of the map in no time. Weapons are easy to pick up except for the railgun which is near to quad on a ledge. Don't worry though, it is fairly easy to get out of lava. Megahealth is in a room with a YA and a plasmagun. The quadroom has a YA and the railgun so players can stack up well before a good fight for RA without disturbing each other. The Megahealth is placed into a small bath where there is water but there is no sound of it when you walk into it.

A nice trick is the mirror in the quadroom which serves as a teleport to the platform above and I've managed to spot the enemy falling behind me in it. :)

Although I've played mostly 1v1 on it, it is enjoyable for FFA and very likely for 2v2.

I've enjoyed the matches here. Definitely worth downloading and is maybe worth keeping. Keep up the good work!

Tigs notes: The release does not include an .arena file, which allows the level to appear in the Quake 3 menu system. You can fix this issue by downloading this patch. 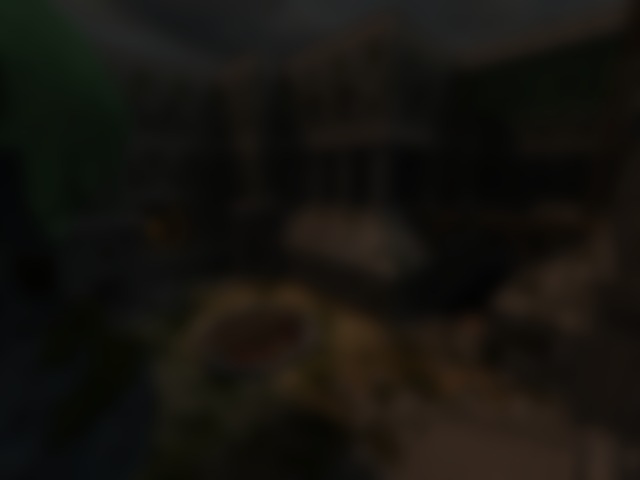