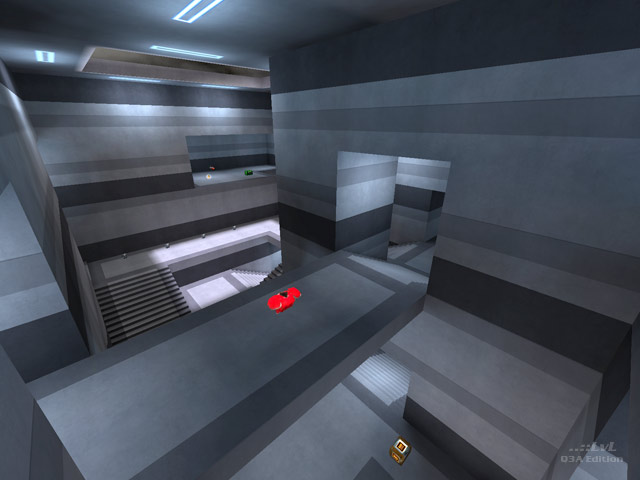 Onion is a rather small deathmatch map with somewhat predictable gameplay.

As far as visuals go, the map is all grey and white, save for the two teleporters I found. Personally, I find these visuals easy on weary, tired eyes from maps like Processor, or Glucosa.

The map flows quite well, some weapons could have been relocated for better results. The jump pad that launches players to the shotgun frustrated me when I was struggling to get to the lower deck, while getting shot at. Even with this frustration, I did recall hearing a Gauntlet kill somewhere.

Which brings me to note of how claustrophobic this map can be. The author stated in the readme that this map allows for Team Deathmatch, but there are two problems with that. One is that the map does not show up in the TDM menu. Two is that this map can not conceivably be played in TDM mode unless you either play with four people at max, or have no regard for space whatsoever.

This is one of those maps you can own with either the Plasma Gun, or Rail Gun. The Lightning Gun is kind of inconvenient for fighting either of those weapons, but useful in Tourney when the opponent has no better weapon at hand.

Pretty good map. Well worth a try, though you might not keep it long.

Tigs notes: I found this map to be a total blast to play - very enjoyable! 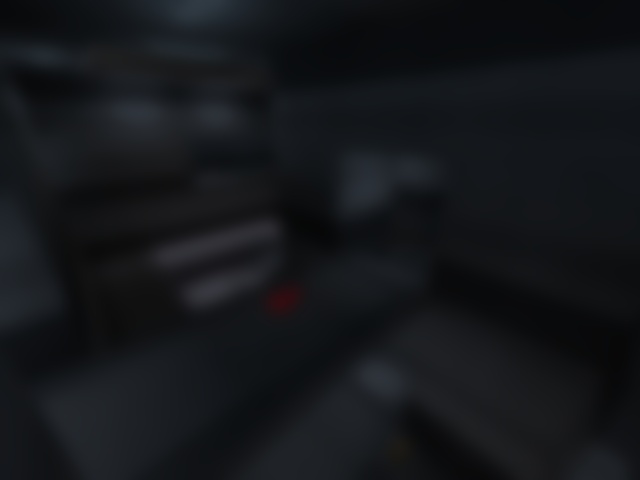