This map is disorienting. Not that I don't like being disoriented - this is a cool, unpredictable map!

Take away the idea of graphics for eye-candy, insert instead a see-through grid, allowing you to see the shape and contents of rooms, halls and levitating tubes in the distance. The colour scheme could use a little tweaking, even a little less contrast would be nice, but once you get used to it, it's excusable because its so much fun!

Because of the transparent grid, its difficult to anticipate jump pads, transporters - walk into a light orb and you are transported unpredictably. It's like being lost and found at the same time.

There is bot support, and with 4 bots, action was pretty sparse - but at least you could see them in the distance, through the walls and floors.

First person Tron, probably a lot of fun with humans. 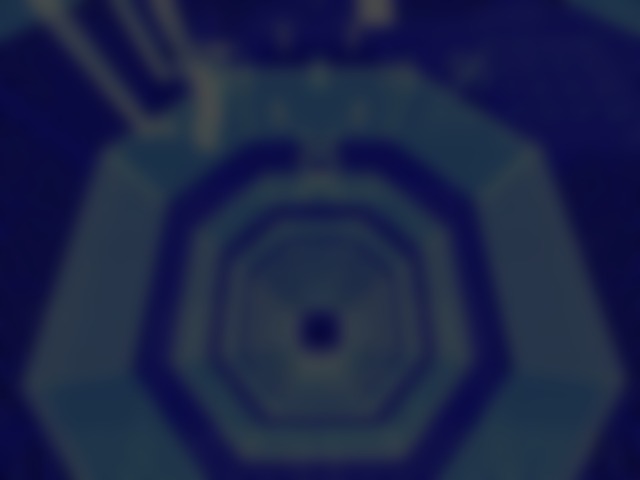