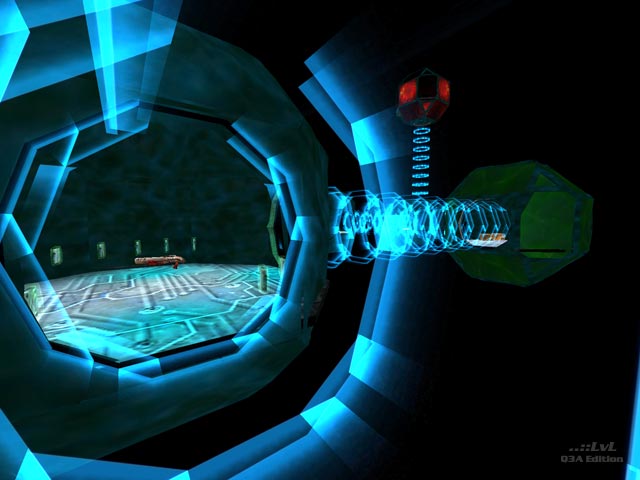 This freak of nature for a map is nearly as strange as its readme. The language was uninterpretable for me, as in I have no idea what the author is talking about. The map I played that came with the readme looks molecular, but more like the sort of tubes and rooms you would find in a children's play-area, which reflects much on the gameplay.

Not only is this map made for Deathmatch, Tournament, as well as that of Team Deathmatch, but Single Player? I have no clue how since I was unable to see what Single player aspect this map has. In Team Deathmatch, if you play this map with 6 or more bots, you will be gasping for air as you squeeze through crowds of them. In TDM mode with 8, the game ended in 4 minutes - before I could get involved. Bots got into stalemate before anything could really happen, even though the fraglimit was set to 35. I recommend you play as Blue, since roughly 45% of the map is blue and red players stick out like a sore thumb as the British Soldiers did in the American Revolutionary War.

Deathmatch is pretty much the same as TDM, and it all depends on how many players are in. Its easier though, because you can shoot anybody and have an easier time getting around.

The weapons provided do not make this map any better IMO. The Machine gun is the best sniping weapon you have. I think the Rocket Launcher, Lightning Gun, or Plasma Gun would have made better replacements than the Grenade Launcher. I was about to mention "Railgun" before remembering what imbalance that would bring.

Because of the tunnels you run through to get to another "molecule" allowing projectiles to fly on through, it is advised not to remain there too long.

There are Grapple hooks in this map, but for some reason, I had texture issues with them after this map was installed. It is obvious that the hooks were intended to let you to the top molecules and collect the Mega Health, Armor, and shards galore. There are two of these spires containing rich rooms of health and armor, and bots never seem to get there because the accelerator pads only aim towards molecules in front, or behind. Oh yes, and these accelerator pads do not even get you all the way to the other molecule.

The map itself is basically nothing more than tubes. Tubes connected by spheres for rooms, that have blocky textures of slime in constant motion.

Whoever made this map, needs to work on it more to fix the issues mentioned. 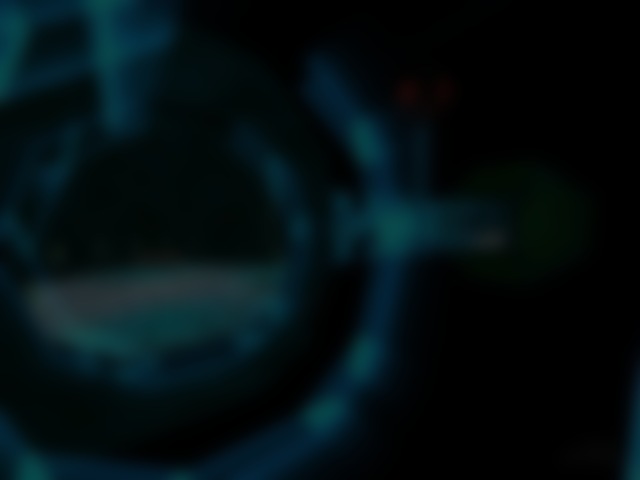