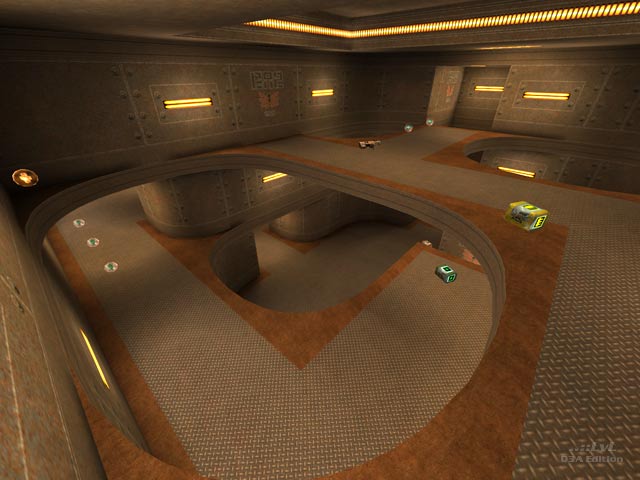 Another simplistic offering from Takkie, "Lo Tek" is true to it's name, not only in the lack of machinery or other complex devices, but in the lack of detailed structures and visuals. Included are select textures from EvilLair's well-known Quake 2 Strogg texture set.

You may not associate atmosphere with minimalism, but I actually think they intertwine in this creation. Having nothing but the surrounding rusting metal and your enemy, the sense of desolation and loneliness becomes magnified. How subtle, I wonder if it was even intended? Works either way, I guess.

The layout is a typical tri-atrium, working well for duel due to the restricted size. Vertical action, you got it all here with three stories of good ol' fragging fun. Jump pads, as usual, are at your service to transport you to the higher levels, in addition to stairways. There are no teleporters, however - so you will have to practice stealth in ascension, especially if your opponent has height advantage over you.

All weapons are included forgoing the BFG, and players can hunt down a fresh YA and a MH for an extended life span - at the cost of becoming a bouncy fun toy if rocket maniacs happen to step in.

Gameplay is decent, but a bit of fine-tuning and beta testing would have been of exceptional benefit to the map. For starters, the top of the arena is not the wisest location for the RG. It is almost always best to position it in the tight lower quarters, where the player must acquire a sniper's vantage point himself, as opposed to having the eagle's eye from immediate pickup.

In the same room as the RG, the LG finds itself practically right next to the RG, just on the second floor. Personally, I believe the RG and LG are too strong to comfortably accommodate in such close proximity. Spread them out in different rooms to avoid RG/LG junkies from taking too much control of the arena. This is especially important in CPMA, where you can perform the infamous "shaft+rail" trick that is possible thanks to fast weapon switch.

The gametypes of FFA and duel are covered, but unfortunately TDM is not. Shame, some people would enjoy a 2v2 romp. Can not have everything, I suppose. Botplay is passable.

It has fine qualities, no doubt, but it is really just an average, run-of-the-mill duel map, with no distinguishing features, and then some flaws. Give it a quick run, but don't expect it to stick around, unless your baseq3 is lined with glue. Or you have compulsive map-hoarding disorder. 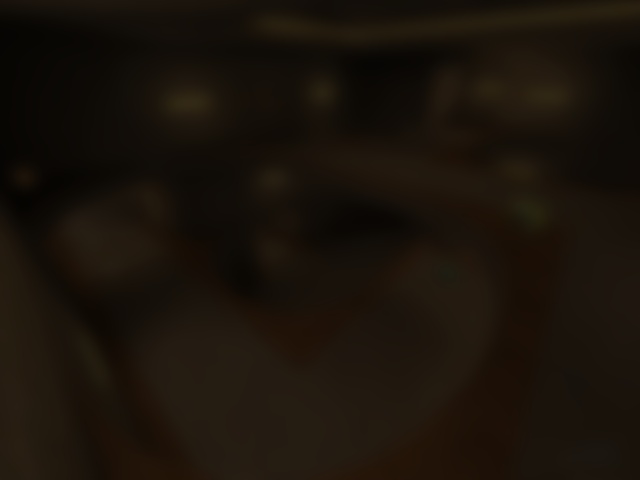