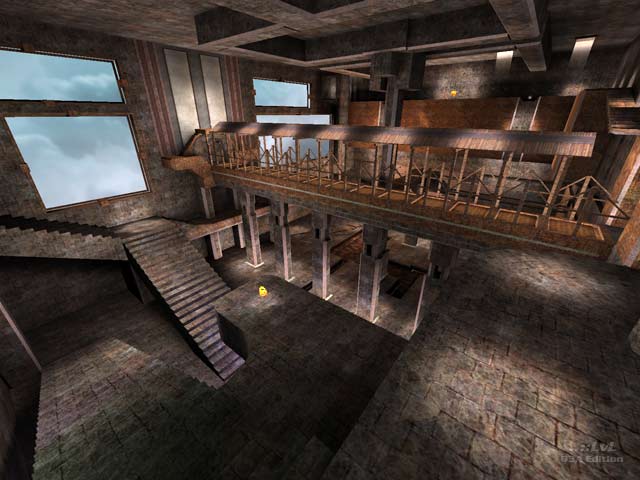 Before downloading, I want to warn everyone that this map is TREMENDOUS. You could fit Tom Perryman's "Black Cathedral" and Till Merker's "Theatre of Pain" in this map and still have plenty of space left over. Notice the player load? 16 - 32 players. I'm not joking, you are going to need that many if you want to play this map sanely. Anything below that, and "Watching Paint Dry with Mike Rowe" begins to sound very exciting.

Okay now that we got that out of the way, this map is not a bad attempt. Even the readme file is pretty good explaining why the author created the map and some history behind it's design. It has several faults, however. Let's focus on the faults first. Bot play is not outstanding at all, but then again for a map of this size and complexity it is not all that surprising. A bigger gripe is perhaps the execution of the visuals. Now some minimalist maps tend to be very nice despite lack of details. As the name says, this map is primarily composed of wood and stone textures. It gives the map an "under construction" feeling, as if it is to be a gothic cathedral in the future. While I don't mind minimalist maps, I personally think more variety in texturing could have made it much stronger aesthetically. For example, the same stone texture can be found used along the floor, walls, and ceiling. Using different stone textures for those surfaces would be better.

Besides lack of variety in texturing, lighting is questionable as well. In the main room for example, there is some vomit-colored green lighting splattered in a few places. Some areas are also excessively dark.

That said, some may really enjoy the wide spaces. While most arenas tend to be rocket-fights, this will be more of a RG and PG map for catching people at a distance. In CPM you can gain some pretty serious speed. 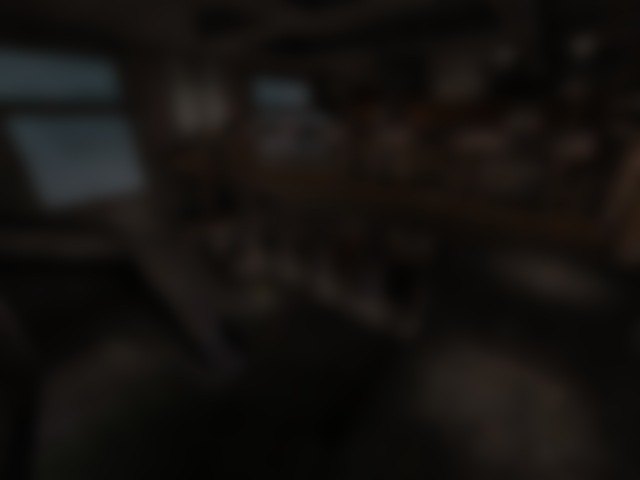