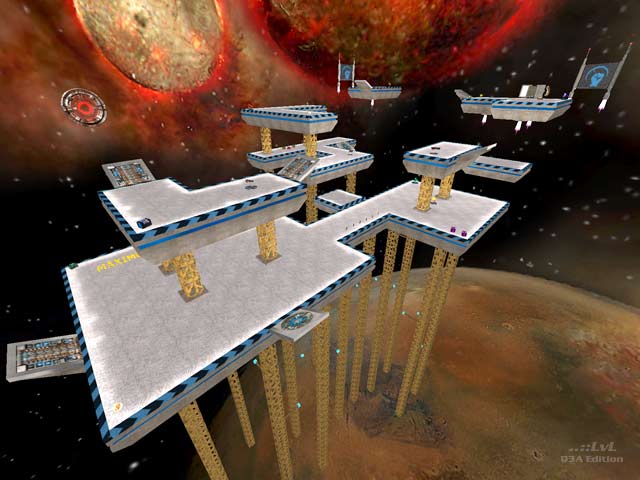 A first effort by EmeraldTiger is this space CTF production for Team Arena. It is heavily based upon Quake III Arena's Apocalypse Void (q3dm19) and to a lesser degree, Team Arena's Vortex Portal (mpteam6). Each base has two vortex entrances / exits and an interesting central ground.

Let's get the issues out of the way first. There is an AAS file, however, bots can not play this map at all, that is a significant issue these days as there are so few online servers to play the map on. There is also a small glitch with the vortex system where you are occasionally flung into space when warping into the central ground. Other issues are hardly worth a mention.

On a brighter note, the game-play is actually quite addictive. I'm quite surprised at how nicely the game flows, well, given that you will first need to find human players to play with! The BFG is controversially included, with an ammo pack for it spawning in each base. It is, however, quite cleverly only accessible via the personal teleporter in a similar fashion to that of Team Arena's Scorn Forge. This keeps it from getting out of hand! With the moving platforms that q3dm19 is famous for, you would expect the game play to slow down substantially - well it is not the case. It is quite easy to strafe jump around each base and the platforms in most cases do not get in the way. In fact even though the map looks like q3dm19, it plays very much like the fast-paced mpteam6, with a lot of launch pad to launch pad jumping.

Speaking from either personal preference or just a practical point-of-view, I would have swapped the nailgun and flag base around in order to lengthen the path to the flag for attackers as I find that getting to the flag is a little too direct. The obelisk shields in Overload are a little too close to the obelisk, and makes attacking quite awkward. That is just something to ponder on.

To conclude: even though it is not high in originality or eye candy, it is a solid map for a first-timer, and it is evident when looking at the map that the author took the time and effort to at least beta test the map before release. Knowing from experience of EmeraldTiger's participation in the Quake Live forums (no longer active) he does display a great amount of enthusiasm for level design and I'm confident that he will make some great maps in future.

Is it worth your time downloading this map? Well, for that you will need to answer one question - do you enjoy Vortex Portal? If you do, then start downloading, if not, then it will most likely not be worth your time.

Tigs notes: This is map has been designed for Quake III: Team Arena. However, it will work as a standard CTF map with some very minor visual and audio errors. 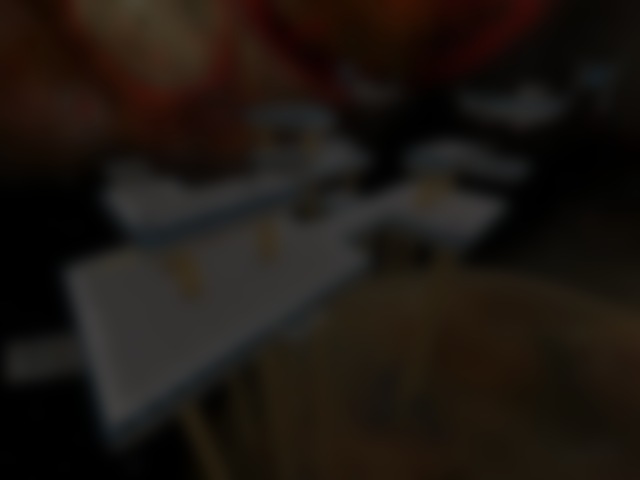