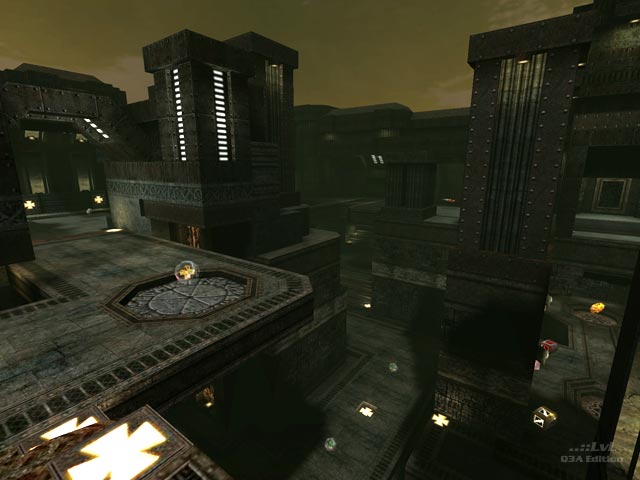 This is an interesting map. A lot of the architecture is very similar to other maps previously submitted by ShadoW, who is no stranger here. The map itself is very well constructed and has a lot of nice detail. The main difference in this map that sets it apart from others is that there is fog all throughout the level. Unlike q3tourney5 which has very dusty fog that impairs visual capability, this map has a very ambient and atmospheric fog that adds to the eeriness and grungy feel of the map.

The gameplay is pretty smooth. I played with a few bots and some other players and it went over pretty well. The item placement is pretty good. Lightning seems to be slightly overpowered for Tournament, but otherwise the weapons are well balanced out. The two yellow armor and one mega health placements are good for all three game types. The map seems just a little bit too large for a 1v1 and just a little too small for a 3v3, but these game loads play fine. I recommend 4 player FFA or 2v2 TDM for best gameplay, but 1v1 Tournament is very good still.

Overall, this map has a captivating atmosphere and a very clean and well-planned architectural design and layout. The gameplay flows smoothly and it supports several gametypes exceptionally well. I definitely recommend picking this map up even just for a few games with bots. It's very well done. 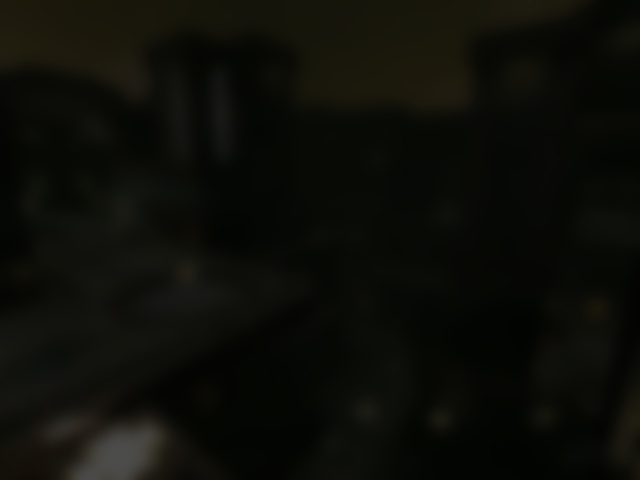