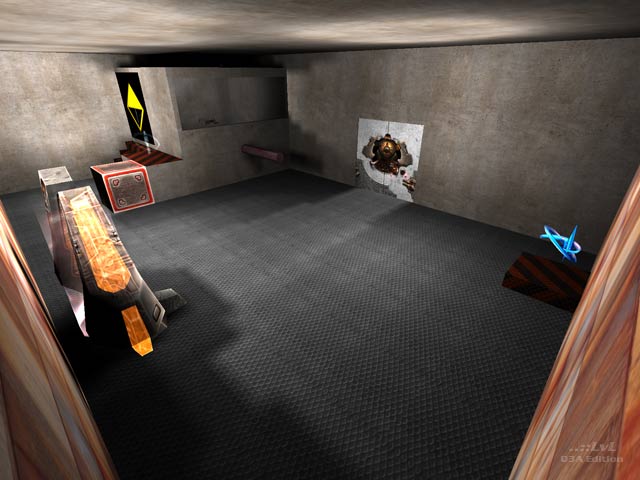 I'll repeat the comment from my review of vnekOnator's secret complex map: Once again, it is all a matter of first-time mappers getting plenty of practice before eventually, many mapping essays later, constructing a candidate that might be worthy of public scrutiny on various forums; and the testing process having been done, only then would the map be ready for submission to ..::LvL.

Without an aas file, it is not possible to say whether gameplay might save the map from its deserved consignment to a Mapping Experience folder, but I suspect that it doesn't. There are also some missing textures.

base may be a small download, but it appears not to be worth the effort.

What you have here is a small, basic map ideal for small FFA matches. No bot file is included and all textures are standard. The former of which is surprising as the map has no leak spots.

As far as the overall layout is concerned, the map takes the form of a "d" shape with 5 rooms and 2 teleporters. There is a large room with a flight rune, a BFG and 4 BFG ammo's. If that's not already considered overboard then there is a teleporter right in the vicinity which leads directly to a room with a quad damage and an invisibility! The second teleporter is next to the quad and sends you to a corridor, face first into a corner.

Every room is a box connected to a box-like corridor. Some wall textures have non-solid surfaceparms, meaning that you might find yourself walking through walls and if you're not careful, out of the map completely! One corridor has a jump pad at its end that can be a pain to get past should you wish to collect the medkit AND mega health on the other side of it!

Gameplay is fast and furious, especially when you have an opponent on the loose armed with a BFG and 3 powerups! In fact, the BFG room, being tall, with only one entrance and with a jump pad reaching the BFG and flight is a real fragfest for campers.

The only points concerning this map that are of interest are the mirrored ceiling in the BFG room and the rocket turret pointing towards the quad damage. Also, there is a grappling hook which only spawns in team games and the powerups also vary between gametypes.

There are many zebraing issues, the construction is bland, the lighting is flat and boring and as you may well have guessed, the gameplay is poor. The author seems to be inexperienced. While I could imagine that it may have been fun on LAN with his friends, the fact of the matter is that he should rather not have released this map (or at least have it beta tested before release) as it's unlikely to be well received.

Update: The download has been updated since the reviews where made and includes a number of correction. (05.Apr.2010) 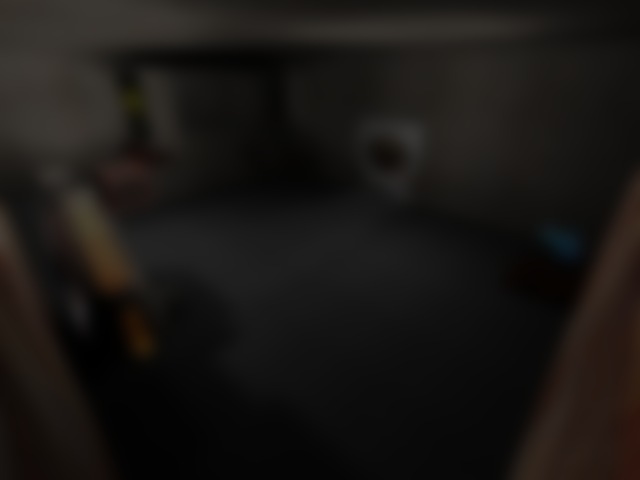