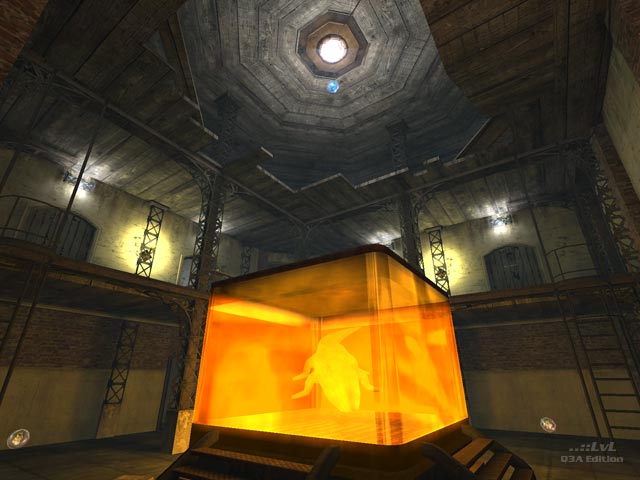 This map was submitted to the "noGhost-Mapping-Competition", and it has a horror styled theme to it. There is a story about the map that you can read in the readme, and it is pretty interesting, giving the map more character.

It has concrete and brick styled walls which are broken in spots. There are doors on the walls, which give it a sanitarium feel. The basement is flooded with blinking lights, which has a very nice look. In the center of the basement there is an electric chair with a head piece which is attached to an electric cord hanging above it, and there are wooden boards that run from the stairs on up to the chair.

In the center of the map, there is a huge aquarium, that has an alligator in it, though I'm not quite sure why there would be a dead alligator in a sanitarium? Also there are ladders that run you up to the second floor, a rarly used featured.

The things that stuck out the most, were things that have never been done before in Q3 mapping. The first, is a teleporter that is on the ceiling, that you have to RL-Jump up to, to go through it. The second are ladders that are half way up the wall, where you have to jump up to them from the top of stairs to grabs onto the ladder to climb it. These things make the map very original. On the second floor there are air tubes, and you can go into them and they spit you out into the basement at high speeds.

The map is symmetrical in layout, but there are differences in each side that break it up, along with the weapon placement. All of the weapons are included except for the BFG.

The custom textures were made by Myth, Hubster, Hipshot, and some were done by the mapper himself. There are custom sounds which come from Freesound, SoundJay, and Ljudo. There is also a music track included. 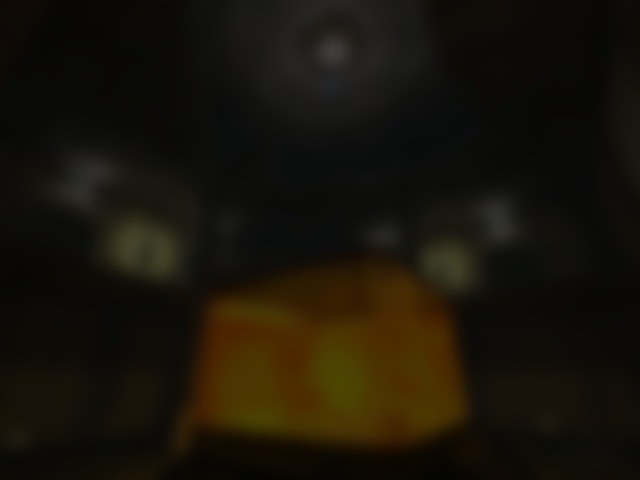