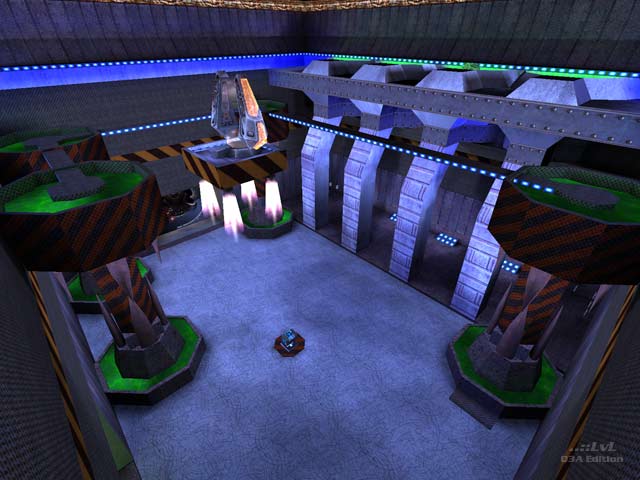 Dreams in Digital is a somewhat incongruous melding of sci-fi tech style, with caustic green slime in parts of the arena, leading to areas that are decidedly Gothic with expanses of lava. Somehow, the look seems believable after a while, as you forget about the architecture and focus on how to get through areas of almost total darkness, with only rows of torches to serve to guide you. This is disconcerting, considering the bots seem to see in the dark perfectly.

As for the bots, they do rather well, finding themselves all around the far reaches of this medium to large sized map. They do not, however, find a way to the red armor, for, when distracted by ordinance being distributed in their direction, they tend to lose focus on making the way down the long elevated path to where the RA and RL are situated. The bots, also, can not seem to figure out how to take the lift up to snatch the regeneration power-up.

Invisibility, haste, and a battle-suit, appear in the open in three separate locations. The battle suit is nice to have, but if you fall in the lava or the acidic deep green snot, you are toast; there is no way out unless, maybe, you have the quad and can rocket-jump out. All weapons are represented and there are two places to pick up the BFG, both of which have only one shot loaded; you will need to find the little bit of ammo that there is in the arena order to use it. There is a secret that is better left alone in the room with the regeneration, if you go through the portal, well, you will find out, unless you heed my advice.

Although this map is not something that everyone will like; in my opinion it is worth a look and a few frags before you make up your own mind; I have found this is a better than average offering. 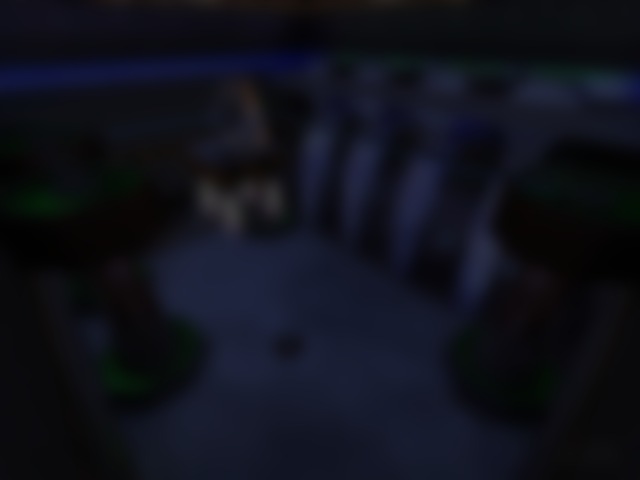