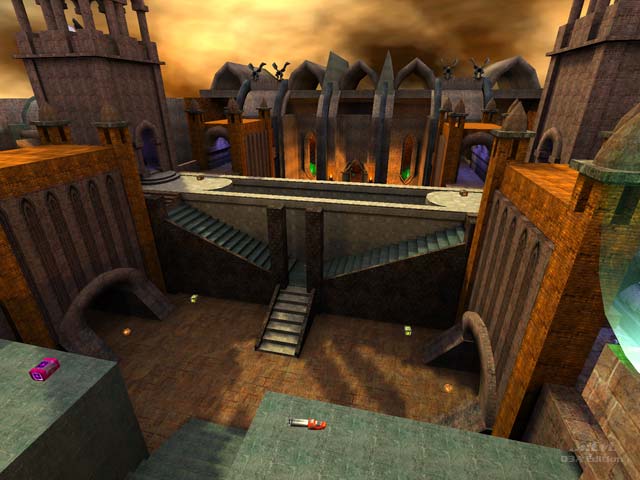 Ciudad de Torres (that is City Towers in Spanish) is a rather unique boxed city map with a laundry list of problems. The variety of buildings and tall gothic towers feature some really stylish and refreshing geometry, though quite frankly it seems like architecture is the only thing the author was truly concerned with. Lighting is harsh and over-saturated, and the gothic texturing is crass with entire buildings composed of only one or two simple brick or stone materials. This is a real disservice to the architecture; the buildings would have looked fantastic given a little polish.

Further detracting from presentation are the numerous visual bugs like missing textures, z-fighting, and cracks in the patchwork. These are not the only technical flaws. R_speeds are extremely high - 30 to 40k in many places - because of the openness of the map and the lack of a proper vis compile. Throw in ten bots and you can forget about playability on an older system. Speaking of bots, they have problems too, they get stuck in some places and clutter together in others.

If you can get past the aforementioned issues, you will probably only be playing this one for the fun-factor inherent among most sprawling city maps. The item placement is pretty bad in some places; there are two quads, and one area even has six 50 healths lined in up in a row. Over-sized stairs, difficult bouncers and buggy doors further ensure that games will never get too serious. Still, if you are a sucker for city maps, you might enjoy a game or two anyway. The author didn't mention it, but I actually think the most fun can be found in the Insta-gib mod.

Overall this feels like the early work of an author with a lot of artistic potential. Hopefully Guillenet74's next submission will be more polished and playable than this one.

Update: A number of missing textures have been corrected (but not all) and the bot file has been improved. (24 Jan, 2010) 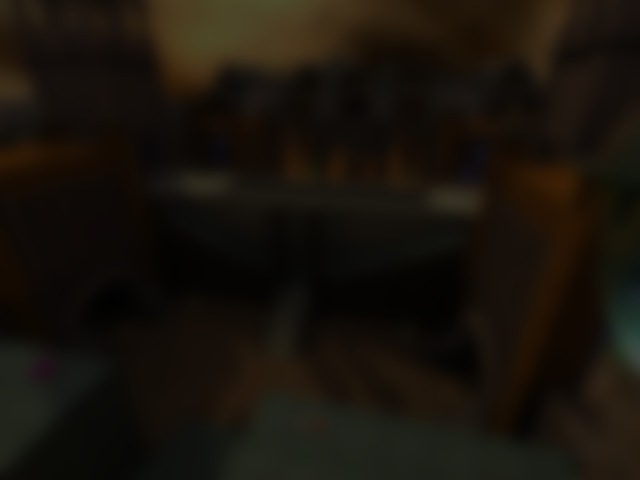