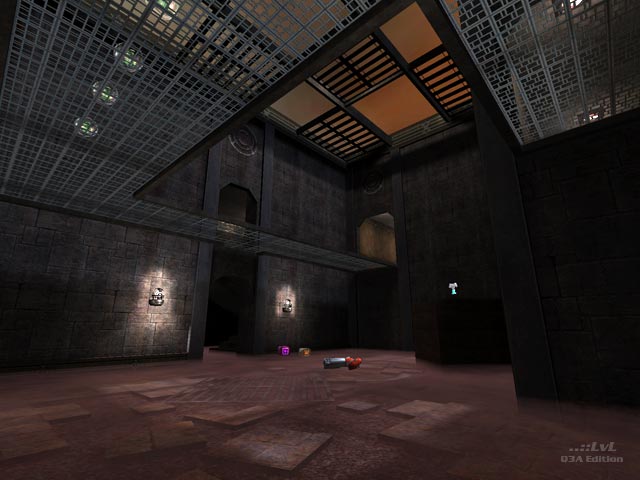 Do not let the title of this map fool you; pro-q3tourney8 (long name: Dark Reign) is far from being an exceptional tourney. Essentially it is a circuit of rooms and corridors loosely describing a figure 8 over two floors with stairwells providing movement between the levels and grated walkways passing through the larger two-storeyed rooms between the smaller rooms on the upper level. The longest corridor folds back upon itself as it runs from the Plasma Gun to the Quad. Dark Reign has the feel of an abandoned building in the industrial part of town that is poorly lit, flooding in the basement and outfitted in the brown range of the colour spectrum with most of the walls being composed of dank brickwork. The textures consist of elements from the base Q3A stock and Xaero is the resident bot. Both bot files and arena files are included.

Dark Reign is way too big a map and way too heavy on the power-ups to be considered a successful Tournament for Q3A but the offensive power of the Quad is offset by the inclusion of defensive power-ups in the form of a personal teleporter and medikit. Included on the map are 2 yellow armours, 1 of which can only be reached by rocket jumping so in the very least you will always know which armour your opponent is picking up regardless of where you are on this map. Because the medikit sits in the flooded pit below this armour I often found myself using this item to boost my health following its pick-up. It is also worth noting that for the most part the personal teleporter will take you close to the Quad's spawn location compensating for the lack of teleporters in this level. There are also plenty of green health bubbles and armour shards to give a player's location away.

Although it is not a CPM map per se; as a CPM tourney Dark Reign fairs a lot better as none of the power-ups are included here and the increased speeds achievable through movement with CPM physics will mean a player is able to traverse the map's breadth a lot quicker than in standard VQ3. Rocket Launcher, Plasma Gun, Grenade Launcher and Shotgun are the featured weapons on this map but given its size and the number of players required to fill this one up it would not have hurt to have included a couple of extra weapons (a Lightning Gun in the corridor with the Grenade Launcher ammo and 2 x 25 health bubbles and a shotgun at the base of one of the stairwells might have helped).

Dark Reign improves slightly as a Free-For-All although gameplay tends to remain ordinary and you will find the level stocked with all 3 power-ups in standard VQ3 and the Quad and medikit are available when this map is loaded through the CPM mod.

If you want to make the most of Dark Reign I would suggest playing it as a Team Deathmatch as this is where I found myself enjoying gameplay the most. There are enough machine gun ammo clips to comfortably house up to 4 players per side, although the level is light on weaponry and location entities make it playable in both standard Quake III Arena and CPM. There is no personal teleport available when played in this game type. I also suspect pro-q3tourney8 would make for an interesting game if played in Instagib although I have not had the opportunity to try this out yet.

To conclude, Dark Reign makes for a lack-lustre tourney that is only slightly improved when played in CPM. As a Free-For-All it is at best ordinary although the increased player loads mean it would not take as long to find an opponent or two.

To make the most out of this level I suggest playing it in TDM as this is where it starts to shine and I do not think it will fair too bad in some of the mods such as Excessive and Instagib. Download it, there are no technical flaws, but do not expect to be blown away. 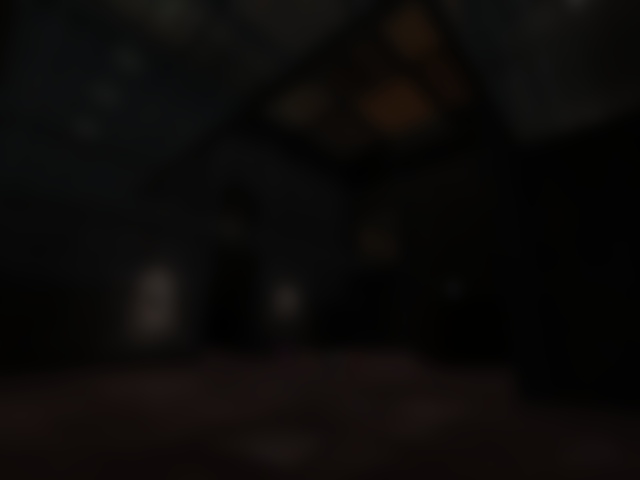