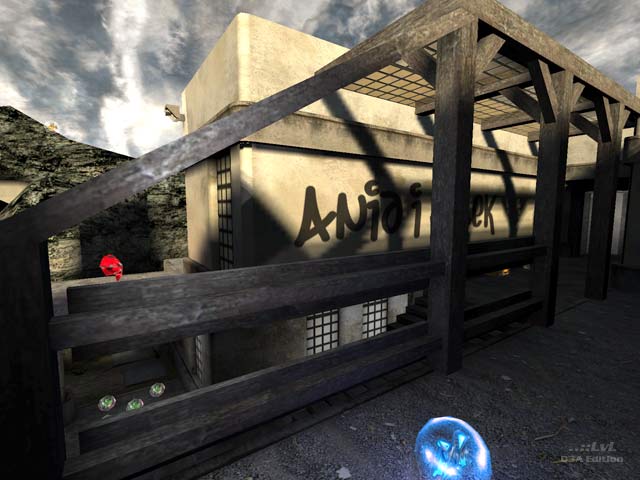 This month's update brings yet another compact and frantic tourney release from Julek, but it's not the same old patch mesh overload that we have come to expect from him over the years. No, we are set outside an old abandoned factory this time.

While it is hard to tell exactly what this place was once used for, the grungy atmosphere is pulled off very well and the peripheral grass, rock, and railroad tracks complete the aesthetic. It is really refreshing to see Julek trying something new, even if the experimentation is limited to only the visuals.

Texturing is the definite highlight of the map. The cement walls of this forgotten facility are realistically stained and eroded and the alpha blended terrain flows seamlessly. Some areas are a little sloppy, like the rock walls that cut off abruptly and windows that look strange up close, but overall this is one great looking map.

Like all of Julek's past works, JUL38 is about as small as a Q3A map can get while still being playable. It is a very polarizing design style that I have never been able to repeatedly enjoy for a few reasons. The lack of size makes escaping a battle extremely difficult; you can almost guarantee that when two players meet, one will die.

While some may find the blazing pace of each game exciting, I felt the battles were too repetitive and playing multiple games was not fun, but tedious. Also, even though all standard weapons but the GL are included, the map is so cramped you will rarely have a reason to do more than mindlessly spam rockets or cells.

This is nice if you are not in the mood to painstakingly calculate when and where to switch weapons, but if you are looking for a tactical tourney experience to test your skills you will not find it here.

Lastly, for such a small map, the major items are well balanced and difficult to scoop up all at once, but this is only because the game flow is so poor. You are constantly making sharp turns and bumping into things like the structural supports or the trench wall that the RG teleporter hurls you into. There are no alternate paths or trick jumps and the routes are just too short to ever gain significant speed. Once again, experienced players who would normally take advantage of these things lose their edge.

It is difficult to reach a confident consensus about this map because the things I disliked about the design may actually be exactly what others are looking for. I think it is safe to say that serious players will be frustrated by the lack of depth and variety in recovery opportunities, weapon strategy, alternate paths and strafe jumping.

For those who do not have a human opponent, I must mention that bots can be quite useless. They frequently get stuck and in some cases can not break free or even shoot at you, so expect some free frags there. But if you are simply looking for a heated tourney game with great visuals and less of the stressful tactics and strategic thinking that the more competitive tourneys require, then you will definitely want to pay this abandoned place a visit. 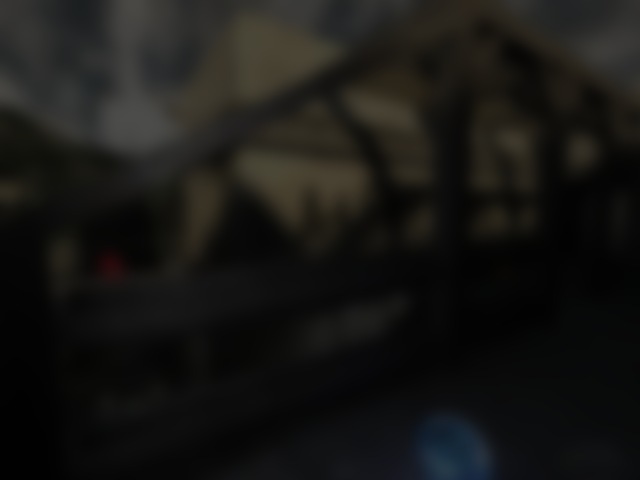