sst13 has a thing for putting a CTF spin on a lot of the stock FFA/Tourney maps. A Place of Many Deaths (a.k.a. "q3dm4") is the target this time around, and the finished CTF product does a great job showing the author's experience in this field of level design. Structurally very little has changed, so the map relies heavily on the atmosphere to indicate which base is which. Light sources, fog, and models all show off their team colors, but it's never overpowering. I really love it when remakes like these are tastefully done.

The items have changed a little bit, but the floor plan has remained pretty much intact. The line of symmetry lies in what was previously the teleporter room. The back wall has been knocked out to make room for a small junction around the central Tesla Coil pillar. It's fairly cramped and it is the only link between the two bases. Couple this with what you already know about "q3dm4" and you can see how quickly games of 4 vs. 4 or more can devolve into total gridlock. I understand the necessity of keeping the original layout intact, but an exception really should have been made in the form of a couple alternate paths.

You'll find the flags on the high bridges where the RL used to be. The RL has now been moved to where the QUAD was in the room below, making the rocket jump up to the bridge an extremely prevalent aspect of game play. This was a good change because without it the flags would have been way too easy to defend - just don't expect bots (who play well otherwise) to use this tactic.

The rule for this map is to keep human games at 3 vs. 3 or less. You can fit a couple more bots in since they can not use the choke points as effectively, but any more and games will last forever. Adding some alternate paths would have brought some much needed replay value to game play.

I doubt you'll keep this map for very long unless you're a "q3dm4" enthusiast. Still, I'd recommend downloading it anyway. It's great fun for a few games and really cool to see this old map with a new twist.

Download: The Place Of Many Deaths CTF by sst13 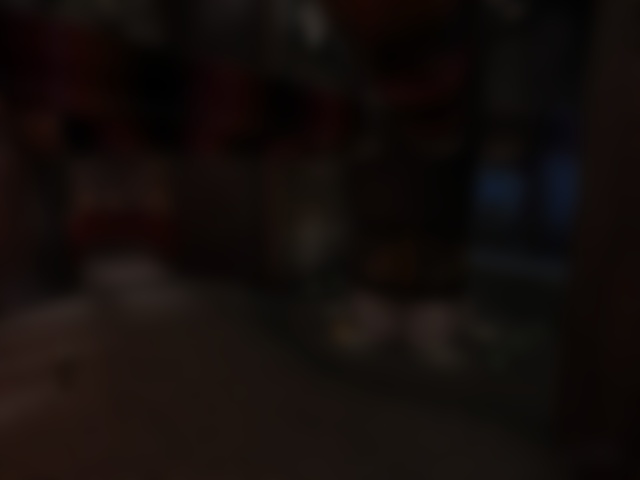