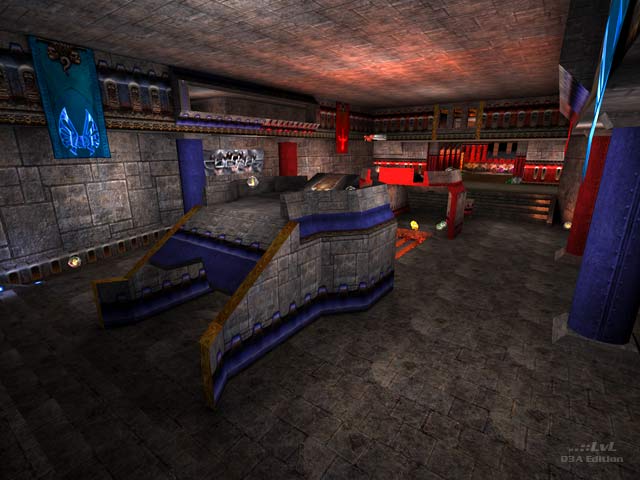 cobractf is a medium sized CTF map with a gothic theme and an unusual layout. Although creative the layout is in my mind is flawed since it strongly favors some routes over others. The upper routes for example are quicker, more out of the way, have the tactical advantage over the center area, and have easier access to the flags. Another issue is that there are too many independent non-intersecting ways from flag to flag, making it so that the only sensible defensive spot is on the flags themselves. In 1v1, it always devolves to both players grabbing the flags, and then having to hunt each other down. Although this is likely to happen in any non-space 1v1 CTF map, it is really annoying here, because with all the different pathways, it is often hard to find the opponent.

Visually the map is decent, with the gothic theme being executed well, but weak in some spots. The upper hallways for example are almost completely plain and could use some decoration. The center courtyard area looks good and has some obstructive architecture which is interesting and could create some cool game play, especially if the overall layout was better. The rocket-jumpable drop downs are also a very nice feature which add to game play, although they are a little too far out of the way to be used often.

Lighting was decent over most of the map being perhaps too dark in only a few places. I found the green of the slime to be a harsh combination with the deep reds and blues of the team bases.

Bots play as well as you could expect and item placement is fine. More powerful items were placed in the center route than the top routes which is an appropriate countermeasure to the imbalance I mentioned earlier.

Not a bad attempt but it offers nothing really impressive or revolutionary. There are just too many better CTF maps for me to keep this one for long.

Tigs notes: There are a number of technical errors with this level that will prevent it from being loaded from the menu. You will need to load this level and any bots you wish to play from the console. 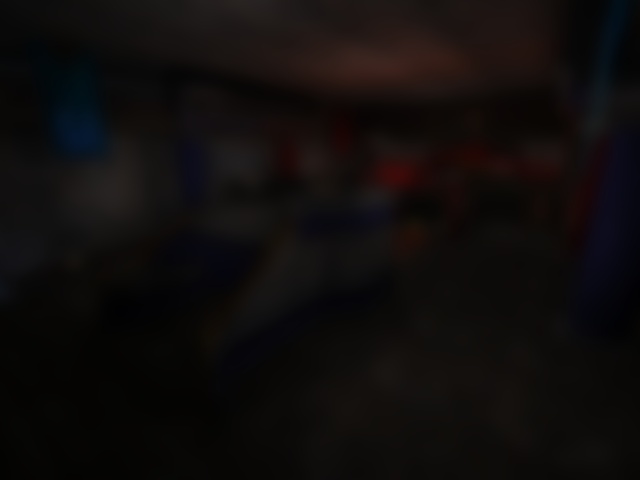