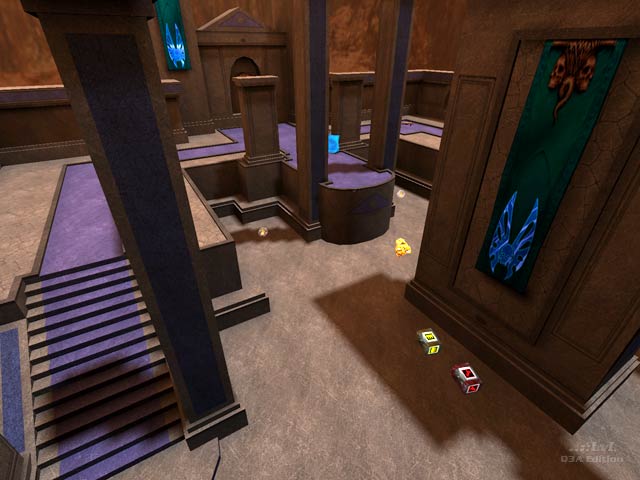 A visually sparse, small to mid size symmetrical CTF release. The level is lacking eye candy, the lighting is dull and game play is pretty straight forward. This is also the authors first CTF release.

The shotgun is the only weapon to spawn in each base, which will force base defenders and re-spawned players out to gear-up. This in turn allows for a one team to control the level by dominating the central area and weapon locations.

There is no railgun on the map, but the inclusion of one without an ammo box in each base may have helped to remove the common ground control.

This is very minor but needs to be mentioned. Within each base is a path to the flag with a slightly raised trim or edge which will bump the player up and down as they cross it. Lowering this trim to be level with the floor would have made little visual difference and created a smoother player experience.

Bots are supported and play the level without known issue, but it is easy to do flag run against them.

The level lacks any real excitement. Only suitable for CTF fans looking for a quick break. 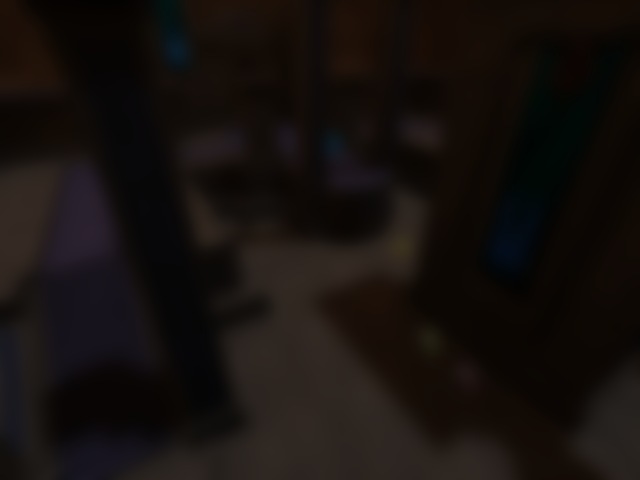