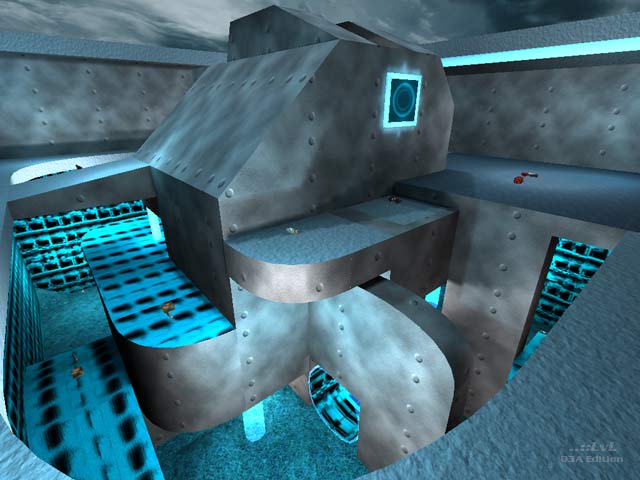 Blueray by Bret C. Sheppard is a medium sized release meant for 3-10 people. Although the author says 2-10, at least 3 are required. The map supports FFA and Tourney game modes and includes a bot file.

Architecturally the map is a big box, filled with seeming random rooms, platforms and walkways. The various platforms are connected via jumppads, elevators, and ramps and seem to be a part of an attempt at vertical gameplay. The architecture is not well done however, being very boxy and crude.

Some of the jumppads and lifts are represented in semi-interesting, unique ways, but sadly there is no presence of theme, and I found myself being confused at times when I approached a special looking brush about what it would do when I got there. Be a jump, a platform, or just nothing. This kind of creativity is good, but should be done in a thematic way that allows the player to catch on.

Aesthetically the map has nothing positive to speak of except a nice skybox. Most brushes are textured with strange blue and grey custom textures which do not work very well together the way they have been used. If well-used I suppose they do have potential but here they seem to be applied with utter randomness. The map is undecorated, except for a few feeble attempts.

Worse yet is the item placement. Items are sprinkled into the map excessively and with total randomness. The map is overloaded with weapons including multiple BFGs and contains an entire mappack's worth of mega healths. There are also power-ups which have been hidden poorly.

Although decently well connected, the layout of the map is not in any way logical or intuitive and it does not create interesting or original gameplay. The gameplay is also further destroyed, of course, by the gross over abundance of items.

There are a few questionable glitches to complained about also, like visibility issues or the ability to walk through the wall of the blue laser-tube hallway one way but not the other. Stuff like this should not be in maps when they are released.

On the slightly more positive side. Lighting is decent.

There are secret areas. I think secrets are cool, and although the ones included are very weak, they at least show an attempt at creativity.

The r_speeds are fine and bots do not play awful, but they will not go to certain places.

Overall: Sadly this is a map that could use improvements in several areas, or a complete rework. Do not download unless you want to pick up a nice winter sky. Bret C Sheppard - use this as a learning experience. Your ideas are not bad, you just don't put in enough effort to execute them well. You said the development period was 5 days; next time you make a map try working on it for 10. 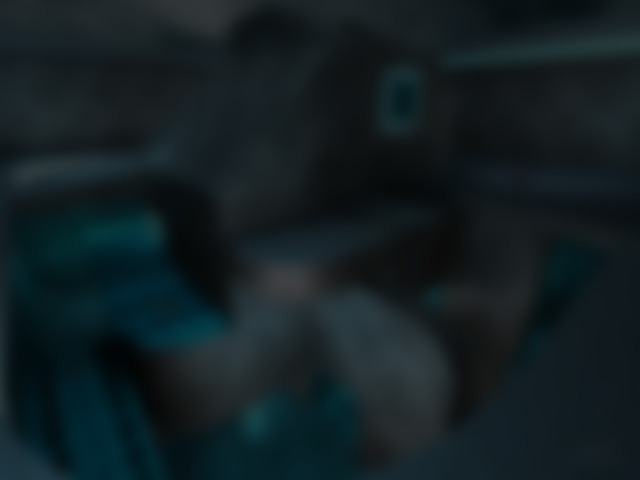