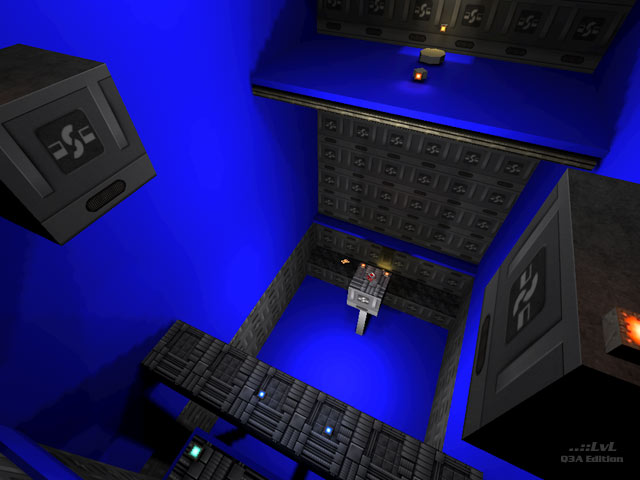 Jumprun is, as the name implies, a jump run in which the player has to complete 7 stages within a set timelimit (15 minutes) using flawless execution of a sequence of movement-based skills. The first 3 stages involve combinations of walking/running, crouching and jumping; the 4th stage centres on accelerator and bouncepad strafes and jumps and the 5th stage puts the grenade launcher to good use, while stages 6 & 7 put your rocket-jumping skills to work. As a reward for all this effort there is a quadded jump at the end of stage 7 which will take you on up to the finish line and into the winner's box. NaturalSpringWater has included weapon and ammo pickups, health bubbles and battlesuits to aid you along the way.

While the run can obviously be completed within the timeframe given, the time restriction can be frustrating during the learning phase of the map - so I would suggest loading it as a devmap initially and noclipping your way over to individual sections until the jump sequences are mastered. Alternatively a defrag menu file (written in notepad and saved as a .defi file extension) may be written for it so it can be played under the run menu of this modification.

Checkpoints are featured at the beginning of each stage, so there is no need to restart at the beginning of the map when failing to complete a section. Slime features as the main obstacle after overcoming the jumps themselves and a variety of colour-coded walls located in the final rocket-jumping stages also function as obstacles that will respawn the player back to the last checkpoint.

Visually, the design of the map is fairly consistent throughout but I would like to have seen the 2 rocket sections swapped around and the textures used in the initial stage and jumppad section replaced with those used in the remaining stages (they're a little garish) - but this is purely a personal preference.

On the other hand, there is the matter of the blue glowing pentagram which is used throughout the jumpad and grenade stages as both a moving platform and a vertically moving obstacle. Given this item presents itself as no real obstacle vertically, I would have been happy to see it left out altogether and replaced with something more traditional (and in keeping with the overall design of the stages) where it is included as a moving platform. The initial section could also be tidied up and retextured so the ascending path doesn't look like something that was cut out of craft-paper.

The author notes in the readme file an imbalance to the map concerning the difficulty levels of the 2 rocket stages but I personally didn't find this bothersome. It is not uncommon for DeFRaG mappers to place the hardest jump sequences at the beginning or in the middle of a map which, in the long run, is a time-saving feature eliminating the problem of having to continuously repeat whole sections until the thorny jumps are mastered.

Another problem noted by the author is the presence of the grenade launcher from the previous stage in section 6 - intended for completion with the rocket launcher only. To be perfectly honest, by this stage I was grateful for its assistance in a couple of the jumps and felt it worked nicely as a combination weapon-jumping section. While I can't offer any real solution to the problem, I wonder if it's possible to set disable_weapon_grenadelauncher 1 at this point in the maps configuration.

Strangely enough, the areas where I had the most difficulty are probably not as the author had envisioned. For example the last jump in the slime on stage 3 before making the ascent along the walls (if I wasn't hitting the upright, I was pulling back too early or too late) and the jump-crouch combo off the bouncepad in stage 4 gave me more problems than most of the weapon jumps.

So what to make of all this?

Essentially, a skills-based run that suits its purpose well but could do with some cosmetic surgery. Worth the download for those who want to test and improve their movement skills. And as with all maps of this kind; it requires some time and patience. It kept me off the streets for awhile. 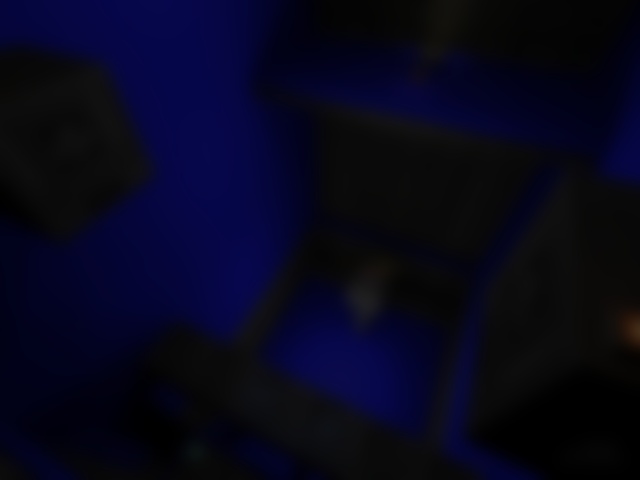