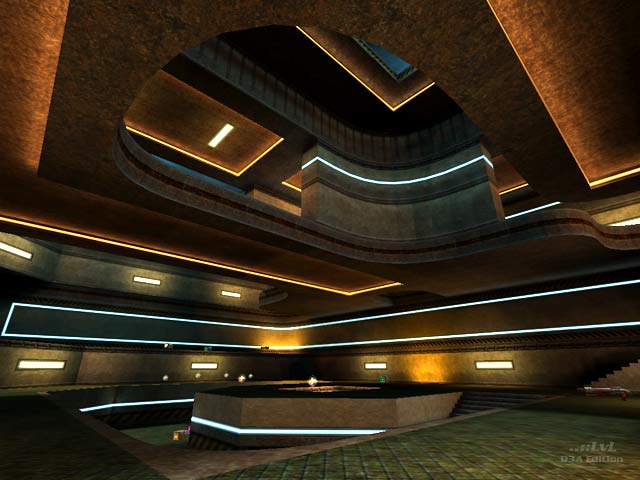 Zacharias is a departure from Takkie's previous levels in that he has gone for a wider more open design than his usually more vertically oriented tourney maps. The map is outfitted in eq2 textures as well as the mkoxide and ikbase textures the author seems fond of. The lower level is considerably darker than his previous levels. The pk3 includes both bot support and an arena file. Sorlag, Doom & Visor are the resident bots and play quite well taking all items.

Textures are not aligned properly to the brushwork causing a tiled effect on the curved surfaces (and there are many) and bevelled edges to appear on straight lines when viewed from a distance. It is noticeable enough to draw attention to itself and highlights just how difficult it can be to accomplish smooth curves with the editor. This problem is not evident in Takkie's previous level submissions.

There is also a thin ledge which runs the perimeter of the upper corner of the map, at the location of the MH, and this appears to have been tacked on as something of an afterthought and would have benefited by being more thoughtfully incorporated into the level design by sitting flush with the corresponding trimming on the upper floor.

These gripes aside, the map is well balanced and will see a variety of action throughout as it keeps players moving. In FFA 4 players works perfectly with gameplay becoming more frantic as the player load increases. The level features 2 RLs, SG, LG, PG & GL and all weapons will see their fair share of the action. The SG and PG are particularly effective given the openness of this level as rockets will be relatively easy to dodge in the long distance exchanges you can expect to take place. The GL and PG have thoughtfully been placed at the top of the map to limit the sniping of players at the item pick-ups below. Zacharias also sees its fair share of grenade spamming but this will serve more to reveal your position than anything else.

Players will also notice an ammo clip for the RG which is a relic from an earlier version of the map that would have featured this weapon. (I am guessing it was probably situated where the RL, on the landing of the stairs, now resides).

The MH is precariously situated and well exposed from both above and below making it a difficult item to pickup. The level also features Quad, RA and YA with RA and Quad being replaced by YA in the tourney version of this map. Zacharias works surprisingly well as a tourney level with the lightning gun being a particularly risky item to pick up given the layout of the map means you will know your opponents whereabouts most of the time. Teleport locations and destinations are also well thought out but do not expect the same level of intensity to gameplay that was evident in Hastenpu as this level shares none of the restraint shown in its predecessor.

Zacharias is at it's best however as a level for instagib or rocket duelling and possesses a classic rocket arena style in its design. It is simple and relatively open multi-tiered construction lends itself nicely to a well-timed rocket jump and catching your opponent off guard with a well-placed shot. 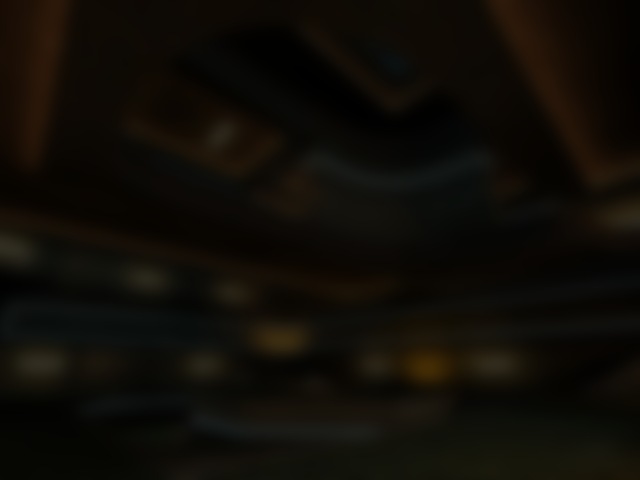