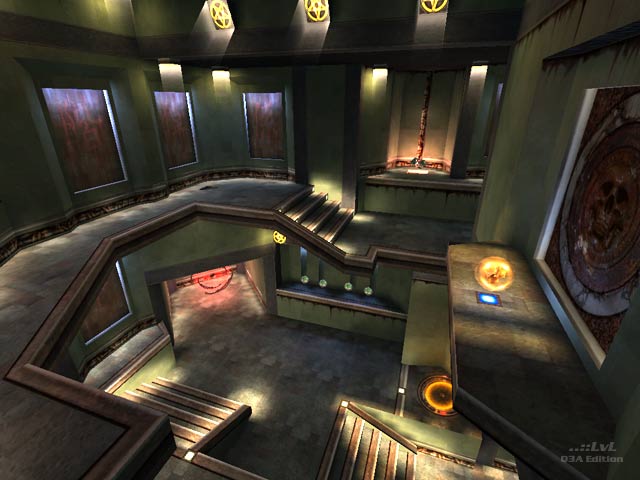 This is Milburn's second release for the CPMA mod and showcases the author's very unique and singular aesthetic and playing style. The map is outfitted in a dank and rusty limestone/jade texture set and showcases a gallery of Kanji scripts set into the wall.

This map will take a while to learn as the author has included some intentionally awkward and challenging jumps that players will need to master in order to pick up important items quickly and efficiently. Many of these jumps are NOT easy to pull off; especially when you are being bothered by an opponent. Less experienced players may find the degree of difficulty frustrating but solace can be found in taking a link, the author has kindly supplied in the readme file, to a map of the trick jump locations.

Personally I loved the item placement and the wit the author has demonstrated in bothering the flow of movement and focus of the game with his use of thin ledges, small recesses, tight corners and cramped spaces.

Joshua has quite craftily shifted the focus of gameplay away from the usual dominance of the rocket launcher and rail gun by placing them in awkward and vulnerable locations to pick up and then further depriving them of ammo clips (the RL has only 2 and the RG none). The shotgun, grenade launcher and plasma gun are all well represented by ammo and the lightning gun is also a readily accessible weapon to pick up and use.

A further benefit in the positioning of the Rocket Launcher is that it forces players to make use of the movement based jumps peculiar to CPMA physics to more effectively navigate around the map until this item is acquired. Players will need to think carefully about whether they use the RL for jumps and switch to the less popular weapons on the Quake menu for killshots or whether they use this firepower for attacks and stick to CPMA physics to get about. The fact that the GL, PG, SG and LG are all perfectly well-suited to the maps singular design helped me in making my mind up most of the time.

The author has included both an arena and bot file in the pk3 but bots play rather poorly (even for bots) and will not take the RL and RA (as well as several other items), due to their positioning on the map. They do take the drop down to the MH but don't seem to use the teleporters. This predicament is not helped by the complex nature of the map which will be appreciated more by the human player who can use well timed circle, strafe, teleport and bouncepad jumps to get the armour and some careful strafing, stairs and air changes to pick up the RL.

There is also a ledge, near the lightning gun, with a few armour shards that i feel would have benefited more (aesthetically, as well as in terms of item balance) by having a green armour there.

The author recommends a player load of 4 but it can easily house up to 6 players.

A very intelligent, good-looking and satisfying map. Some may find it too awkward. 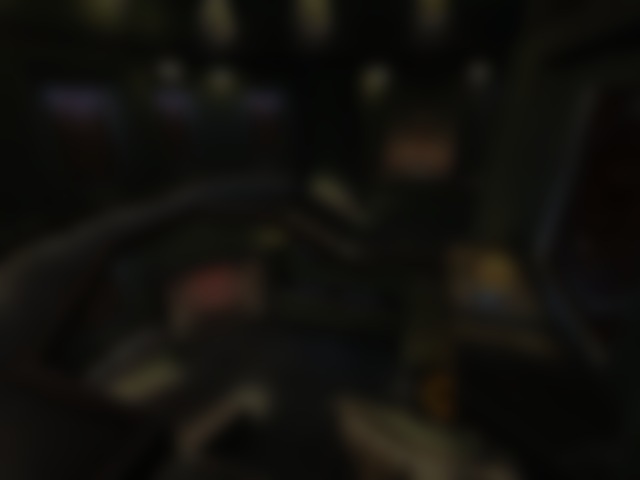