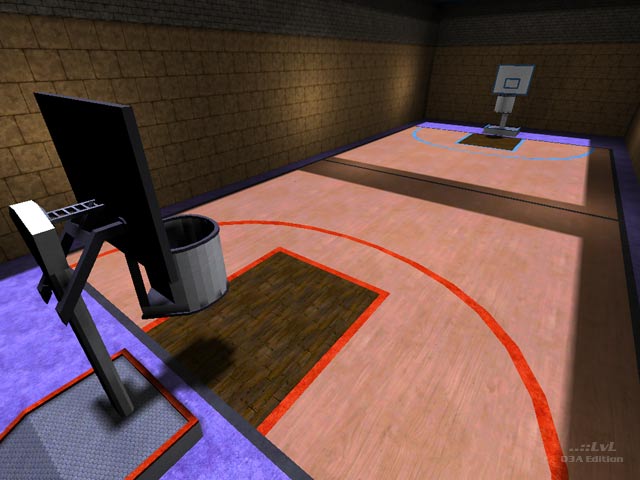 This release contains 2 maps actually, bball and bball2. Bball is a straight open basketball court, bball2 is the same court, but with jumps everywhere. The object of the game is straight forward, score a grenade in your opponents hoop. Each player takes turns with about 30 seconds to score a shot. One player is defence, the other is offence. The game alternates you around for several minutes until the end when the final score is tallied. Scores are not tracked by frags, but in game numbers on the walls and at the end of the match on a big score board.

The author recommends god mode, but as we found out, just set your handicap really low and both players can wail on each other for fun also. This maps is basically 1 vs. 1 match - no bot support. The maps are straight forward, nothing fancy. The game play can be interesting once you get use to how the game works.

Another interesting technical feat accomplished by the author, though some simple death match elements could have certainly been added to this to spice things up a little more than needing both players to use god mode to play. 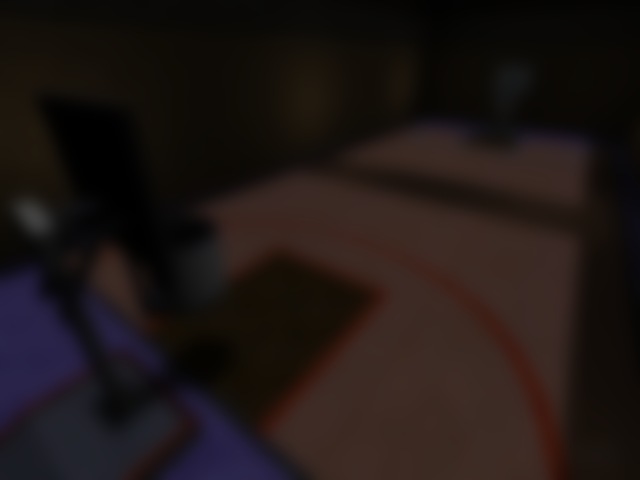