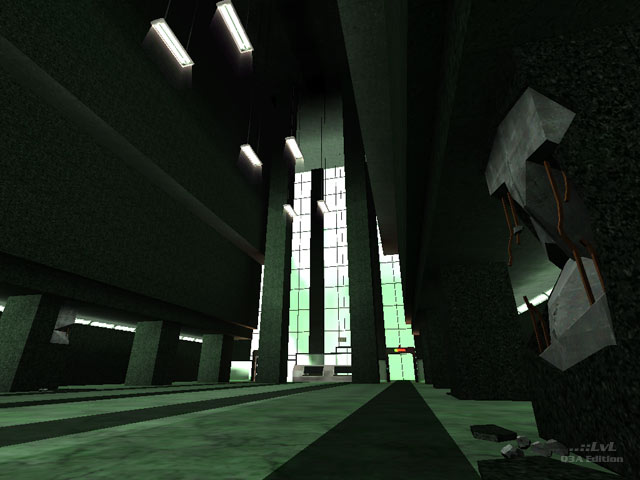 Exactly as the title states, this map is the lobby from the movie The Matrix.

First off, the textures and sound are a great match with the film. The music is a clip of Spybreak! by The Propellerheads and totally gets you pumped.

This was a surprisingly fun set of maps. I have to say I was a little apprehensive at first due to it being a themed map and the fact that there are six versions included, but I thoroughly enjoyed the fast-paced adrenaline rush that these maps bring.

The first three versions are set up to be DM,TDM, and FFA.

Version one offers the shotgun as the only weapon and has Mega Health and Armor at either end of the lobby.

Version two has the Rocket Launcher as the only weapon and has powerups at either end of the map.

Version three is set up to be instagib style, giving each player the Railgun and Quad to see who has the highest accuracy.

The other three versions are set up Tourney style. The map is a little smaller, but the weapons are the same and they are meant to be played one on one.

My only complaint is that the bots occasionally get stuck behind the pillars. I'm not sure what is causing this, but it makes them extremely easy to pick off when it happens.

Overall I would say cruelstroke has done a great job in transferring a scene from the film into an action packed map set that delivers a flurry of fast paced action.

Any of the maps out of this set would be fun to throw in the mix on a server queue for a change of pace.

Download this map set if you're in the mood for some Matrix themed fragging! 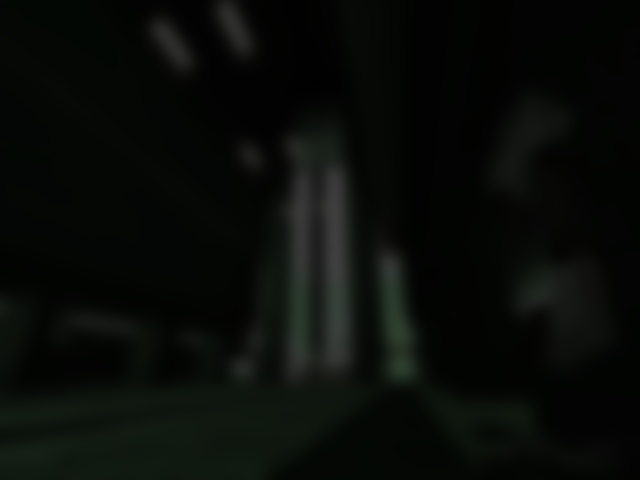