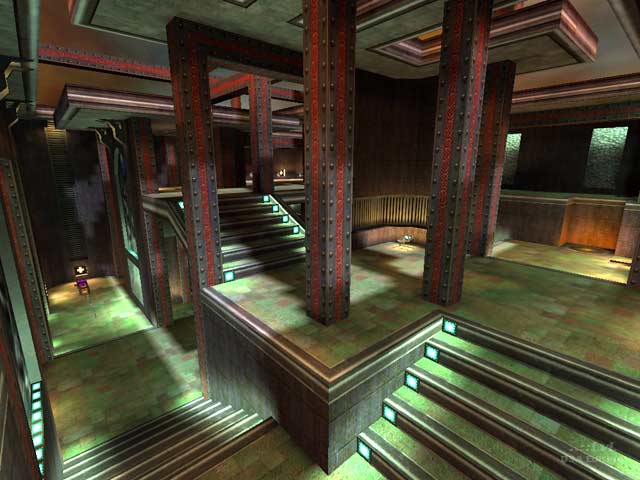 The focus of the map is Tournament play with multiple levels, weapons scattered everywhere, with lots of health and ammo. The map plays just fine with bots, who are at a bit of an advantage since movement around the map means you can not look everywhere at once like they can. The use of textures and lighting suits the Q3 environment of the map. No complaints about any technical issues or map flow. The poly count is very low, so this map should run great on even the oldest Quake 3 machine.

The focus on this map usually works out with explosive weapons such as the Rocket Launcher and Grenade Launcher. With so many levels and corners to hide around; Railguns and Shotguns tend to lose out quickly because there is not much in the way of direct line of sight shooting. Wearing your opponents down can take a long time unless you chase after them. For players that like to hit and run, it could be a very long match before a winner emerges.

I did find that a simple rocket-jump at the top floor could send you into the area above the map, in which you can see through a lot of areas to below. Maybe not what the map author intended since it makes having the Railgun up there kind of unfair since no rocket splash damage will touch you with the sky behind. I think a simple tweak could have been to prevent those areas above the beams from being rocket jump accessible just for sanity reasons.

The author suggest using the console to start a FFA server, which the map plays find for a small number of players as well. Even with a large number of players, the map still has plenty of action and weapons to be found for FFA style death match. The Grenade Launcher then becomes your friend when action gets tight.

Until you learn the map, it will certainly challenge your observation skills with so many levels and corners for your opponent to hide around. It is fun wondering where your opponent might strike next and it forces you to rely more on your sense of hearing to better locate your opponent. 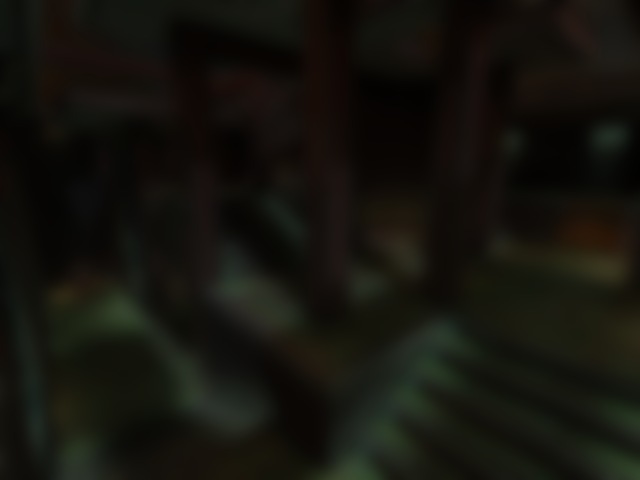