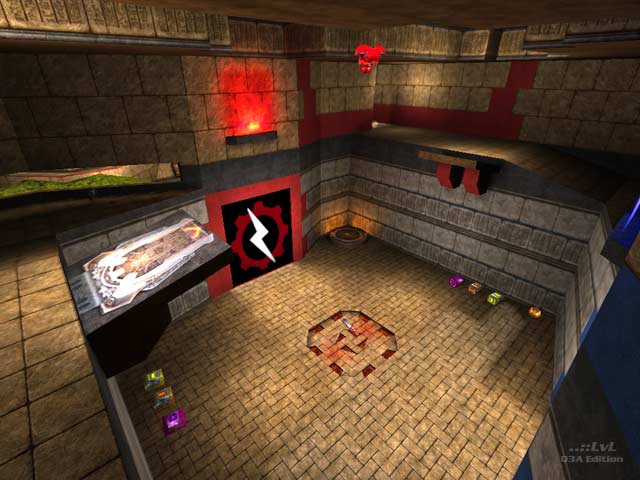 Brickyard is a small one-on-one or two-on-two CTF map. However, the map does not have a bot file (see below) or an arena file. It makes little sense to release maps without bot support these days and launching maps via console is the kind of extra hassle you want to avoid. The readme also could have a bit more information.

The level has three sections: two big outdoor areas, where the flags and most of the weapons are, and a smaller indoor central area with a Rocket Launcher, Red Armor and two Railguns between them. It feels quite useless to place an RL in the there since each base area already has one.

You can use the Railgun spawn locations to snipe enemies running to or from the enemy base, useful I would imagine if you are playing a two-on-two match with one player trying to capture the flag and the other one defending. Flag carries must pass through the center either via the ground or the top floor.

Architecture is okay but a bit uninspiring. The map uses a set of Sock's Egyptian textures (not credited in the readme) although the architectural style is not particularly Egyptian. There are some eye-attracting details such as interesting tile formations. The outdoor areas seemed a bit barren.

Could be fun if you manage to lure a friend or three to play the map with you. Otherwise you might want to pass this one. 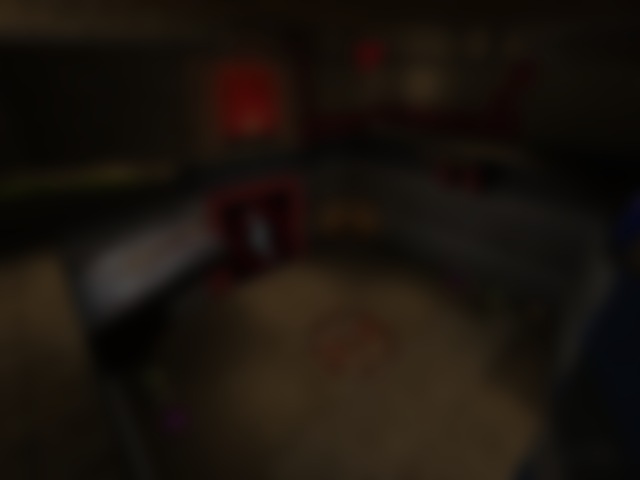