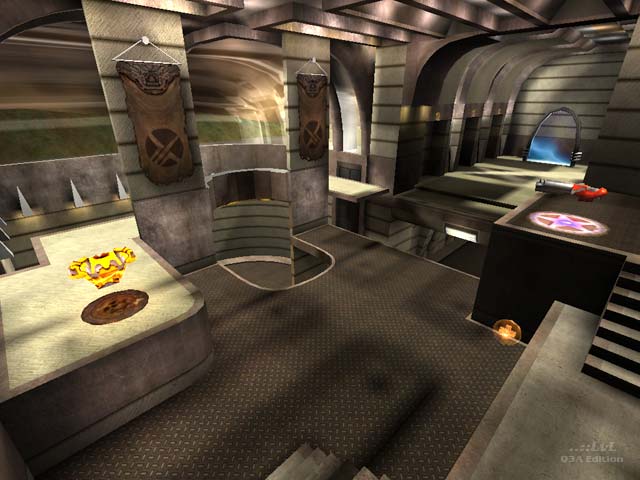 A remake of The Dancehall (ospdm7) by Jerry Dent(u238-clem), which is a map that is included in the OSP Mod. I've always been a fan of the original, so it was kind of a surprise to see it re-made. This version really adds a lot of things that the original does not have, such as better connectivity in certain spots, plus added area's in spots. There is a bouncepad in the RG area which bounces you up to RL area, which is very nice. The LG area has been pushed into a new room which has a floor teleporter, and bouncer up to the new placement where the MH has been moved to. You can also air-strafe to the MH area from the PG balcony. It is recommended to have promode enabled in OSP, which will make the movement in the map a lot smoother. There is a ramp-jumping spot, and double-jumping can be highly used at getting to certain locations faster.

The tele's have all been changed to floor tele's which is quite different and there are some new textures which makes the map look very nice. In the RG room there is a glass ceiling with grass/rock that you can see though it, which was well done.

The bots play the map very nice. Check it out! 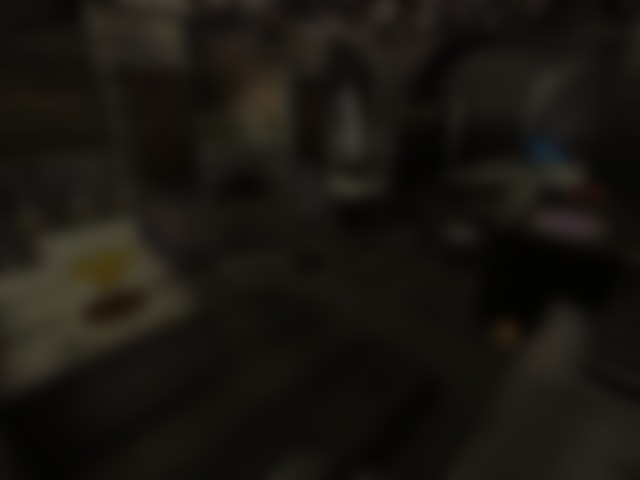