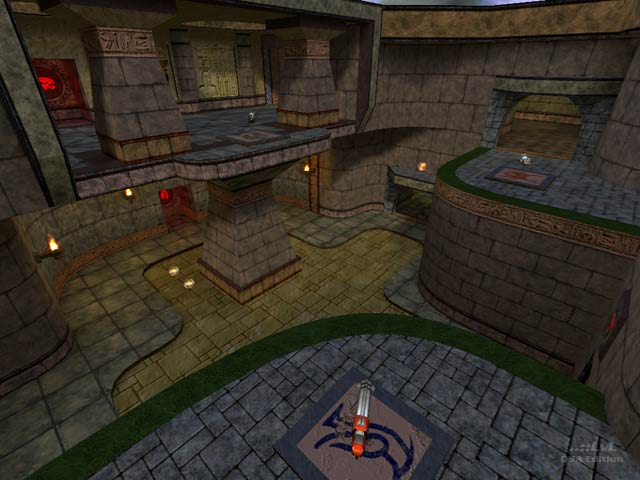 A remake of the Quake classic map, UltraViolence. Fans of the original will be excited at first but will soon be questioning a few of the layout and item changes. For example, rocketjumps to middle ledge in the main atrium are now a piece of cake. The obelisk in the upper back room shape has been changed and it is now next to impossible to double rocketjump to the top. The Quad has been replaced with a RA. The switch linked door has been changed to a simple shoot and enter one and requires no timing skills. A YA is now located in a hallway instead of in a room. The list continues but these are the main issues.

Bot game play is fast and fun. The overall gameplay is also good, but keeping more true to the original layout would have made this release a great remake. Other remakes like Blood Run and Hubsters version of Aerowalk have shown how a remake should be done.

The visuals have been update and the game play is good, but a disappointment for fans of the original. 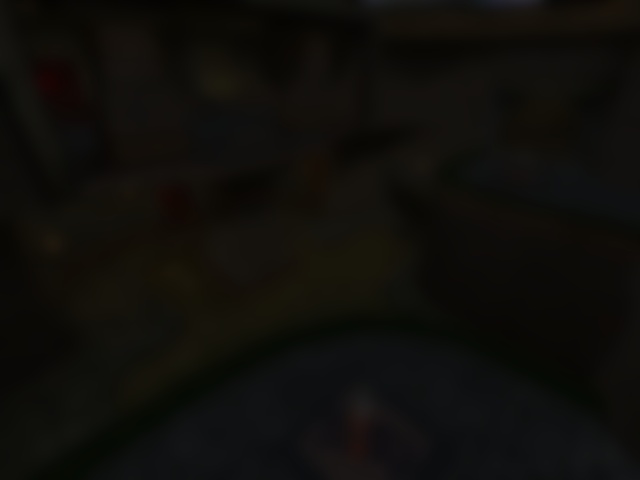