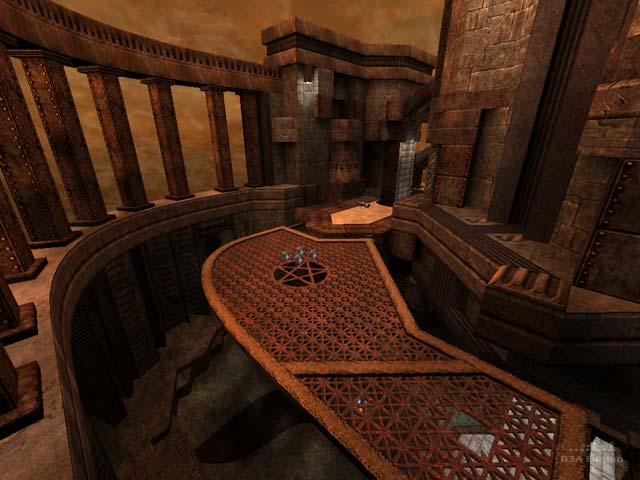 This is definitely a map which becomes addictive quickly! When I first loaded it up I played it over and over for quite a while. The map has a real world feel, with the architecture of the curves, angled walls, walkways, and sitting and bouncing spots through the upper parts of the map. There are plants that grow from the walls in spots, and ferns which sit in the grass amongst blocks of stepping spots which surround it and little puddles. The MH is on its own walkway surrounded by more puddles in grass with a curved bridge that goes over it. There is a broken bridge over lava, and a missed jump over the bridge ends in a flaming suicide. The bouncepads in the map have moving blocks that bounce up and down and move in a spinning sequence.

The map was designed for the promode physics which are in OSP/CPMA. The physics are needed in some of the area's to reach spots of the map quickly by double jumping up to them. You could play the map in vQ3, but it would take a lot more work to get from one place to the other along some paths.

It's a great map which uses textures from Lunaran and Oak, and the bots play fine. Download It! 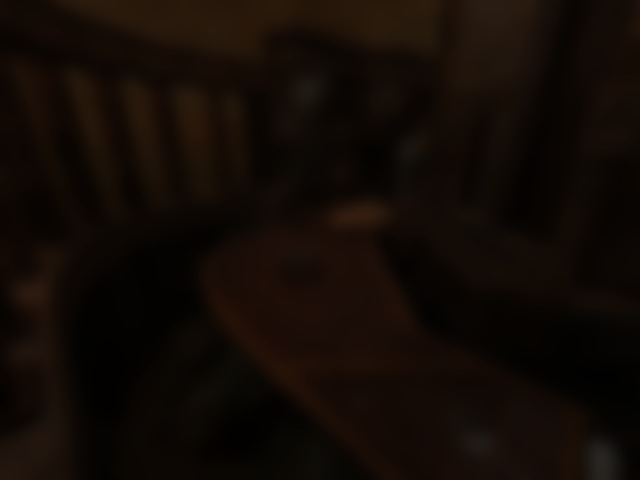