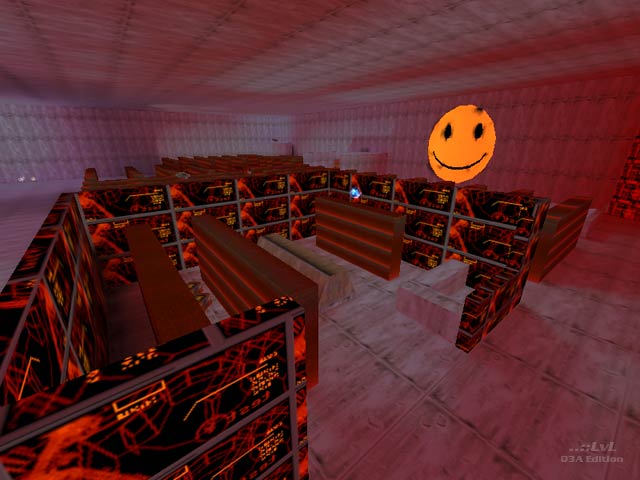 A box map that features an array of obstacles or walls used for taking cover. Bot play is only average, and they do tend to get stuck on some of the round objects or camp in various areas. Texturing is a bit weird, sort of an old industry/warehouse effect that I didn't quite grasp. To reach the big guns and the mega health, you are required to rocketjump / plasma climb, which isn't really worth it. Item placement appears to be completely random, with health packs chucked here and there, weapons and ammo placement could have been placed in further away from each other to smooth out gameplay.

On top of all that, it has serious bugs. For example, the circular room next to the oh-so-weird smiley face. You can jump off of the ledge and wonder around aimlessly, until you decide to restart or chuck in the towel.

NOTE: I managed to get several bots. to follow me down into the black abyss as well.

Overall, its a 3/10 - far from a keeper. Also, the pk3 and the download zip have different names.

Tig notes: This level has been placed in a box to allow the level to be compiled without leaks. The problem with this is, performance is adversely affected, it creates a much larger file size, a more complex bot file and the compile time would have been longer. Correcting the leak would have been quicker. There are a number of mapping forums - authors who have questions should really use them. 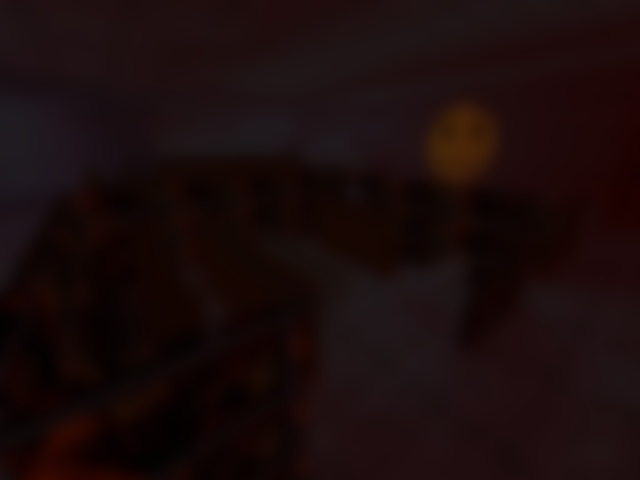