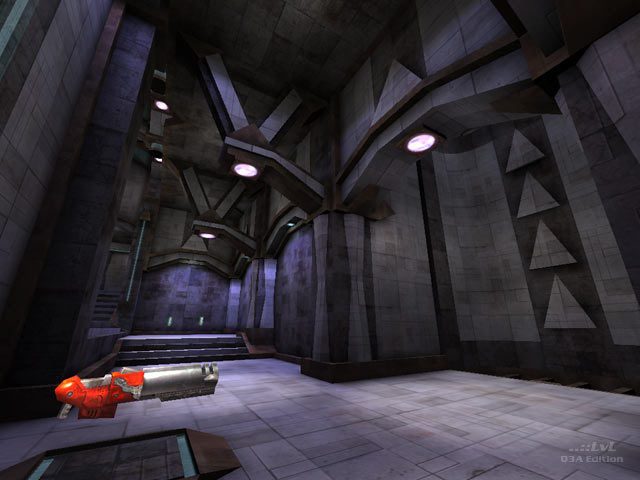 Monolith was created by map designer Sock. The map was his entry for the Geometry Competition (2001) run by Nunuk. The competition rules limited map design to 10 textures and Monolith contains 9. I would call the motif grey gothic. Sock described it as: this map is about going mad with architecture.

The map is small, enclosed with open mezzanine levels combined with nice placement of jump pads. This map is comfortable for 1v1 or FFA up to six players, After that it might get crowded. I describe it as a "tight map". No large open areas and two moderate size corridors that lend themselves nicely to rail duels or a surprise nade as you round the corner. The map does adapt well to play as opponent movement becomes predictable given the size and layout of the map and placement of the jump pads. If your opponent doesn't object to your perching (not camping - there is a difference), there are plenty of wall ledges and arches that lend themselves nicely to surprise frags. I have only played beryllium on the map so can't speak to weapon placement. However, given Sock's other maps, I trust the weapon layout is correct. The map contains no teleporters and has a secret room reached by RJ. Bots are supported on this map.

Tigs notes: Minor correction, there is 1 teleporter, but it is located inside the secret room. 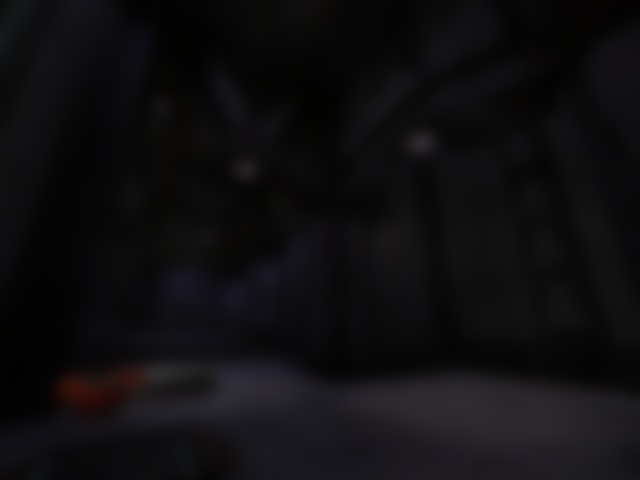