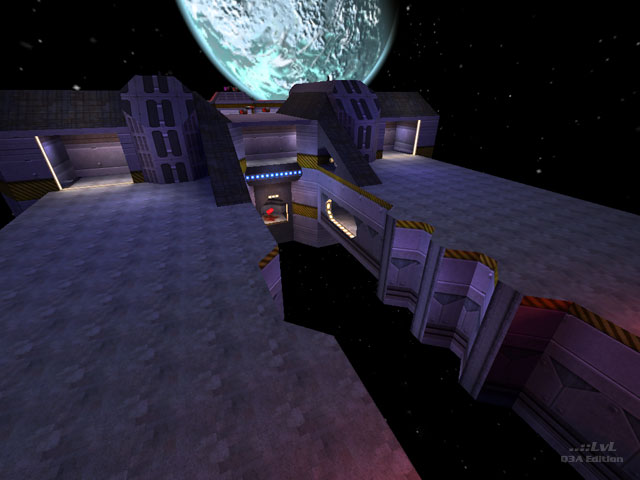 Hyperblast-q3 is a remake of an Unreal Tournament map which is set in a space ship. The Unreal Tournament version is also a boss level. It's nice to see someone make it for Q3 in my opinion as I used to be a fan of the original back when I played that game. It's been pulled off very well. The original has normal gravity inside the ship and low gravity outside of it, but normal Q3 doesn't support the ability to do that, so that would be one thing that isn't the same.

The curved walkway of the back of the ship which gives the ability to look through space to other parts of the ship looks great, along with the jumppad to send you from one spot to the opposite side of it. There are weapon pick-ups on the top of the ship, along with nice looking teleporters to move your way from one side to the other of the front of the ship. Some of the item layout is kind of questionable with two ammo boxes of the same next to their matching weapon. Seems kind of excessive, but I imagine it is not really a big deal to most.

It makes a good tourney map, and who doesn't love a good spaceship with the lack of them in Q3. Check it out.

Note: Maybe someone will finish the unrealarena mod!! It would make this map along with the others very fun. 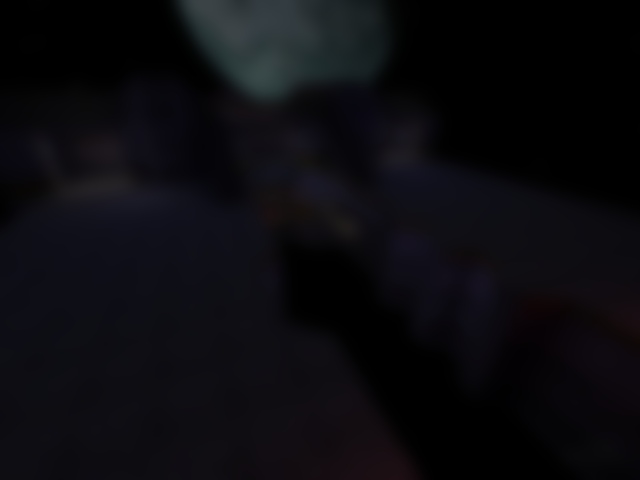