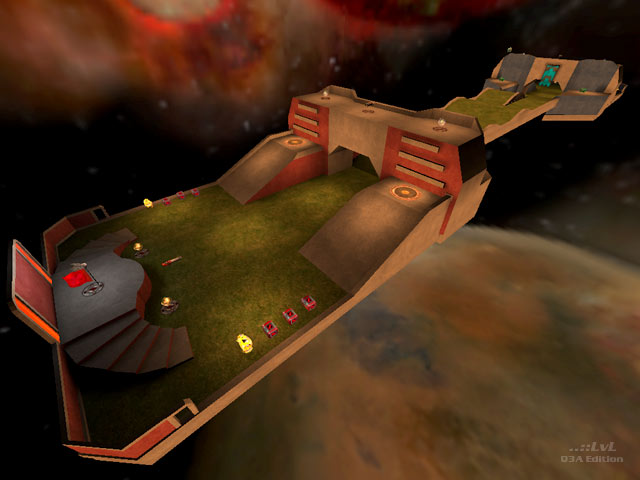 Xpress Your Imagination is a small space CTF map with a simple layout, best suited for 2vs2 CTF. The map consists of two small bases connected in a straight line with a bridge-like structure with a very curvy floor that blocks line of sight and RG fire. The only weapons are the RL and RG available in the bases and a single BFG floating in the center of the map that merely counts because you have to RJ in order to get it, making you extremely vulnerable in this RG paradise.

Though the layout is very simple, the map can be quite fun for a few 2vs2 games. The ground structure in the central bridge area and the structures shielding the bases make railing across the whole map impossible and justifies the availability of the RL.

The map has some minor issues that should have been fixed before releasing it, like an annoying spawn point on a jumppad and the fact that you can directly jump up to the flag, making the small stairs and the platforms it rests on rather useless. The edge behind the stairs could use some clipping and the JP up to the RG some shielding.

Bots play well and people who like small CTF maps should definitely grab this one, though the simplicity of the layout and the lack of an alternate route may make this map boring rather quickly for many players. 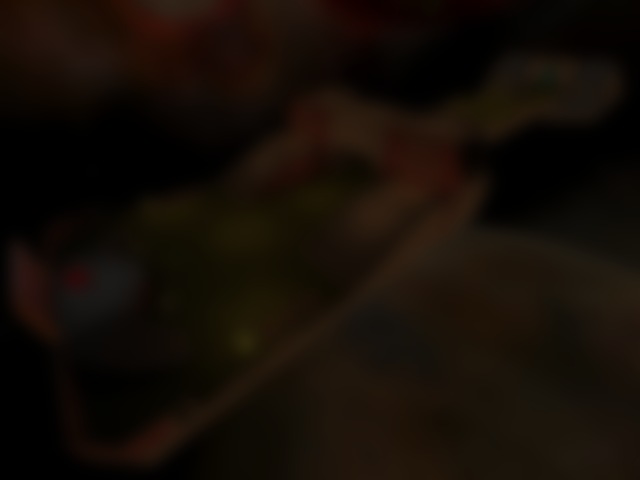