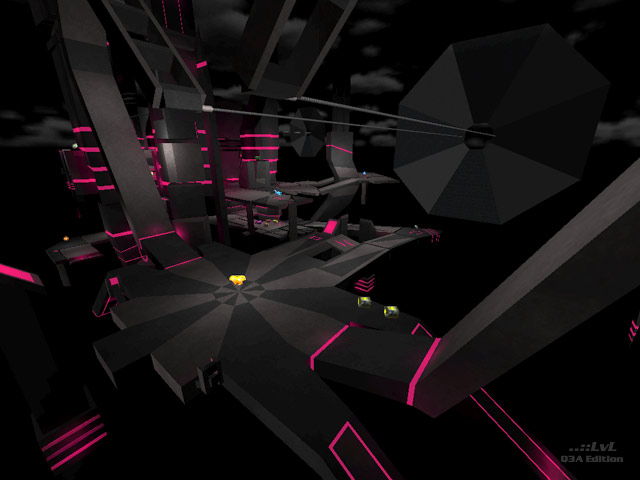 This map was created for the geocomp4 (don't stop reading), so the use of simple textures was required. It is also a spacemap (c'mon keep reading). The contest only had about 7 entries so no winner was announced, but this map was one that stood out. The use of architecture to compensate for lack of textures is done well, not overly done to make your FPS drop to single digits. Large towers; broken, split and separated floors; and 2 strange 'clotheslines' create a nice visual stage for fragging (but it takes a while to get used to). "Pink is the new black" was a phrase the author took to heart: dark textures accented with vibrant pink. The dark, blackish ocean skybox adds to the gloomy map overtone.

Gameplay is actually pretty good for a geocomp map. The towers and walls give enough cover to prevent the rail-whoring typical of spacemaps. Multiple levels, drop down areas, teleporters, and jumppads keep players moving around well. Bots play without issues: falling off a little less than I did. Weapons include Quad, RL, SG, PG, and LG with enough health around as well as MH, YA and RA. There is also one railgun which is tricky enough to get that it does not dominate. The only nitpicks are an area near the RL/RA that you can drop down into and not escape from. It would have been nice if the clotheslines were used in some way. Also, bots can land on low ledges that are just above the void. They will just sit there instead of plunging to their death.

Other than that, this map is solid. If you like spacemaps or not, grab this one. Get the original PK3 with music (easy-going techno track) at the authors website. 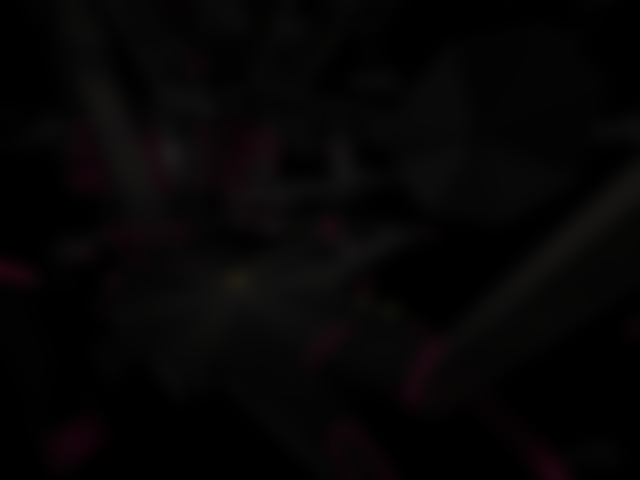