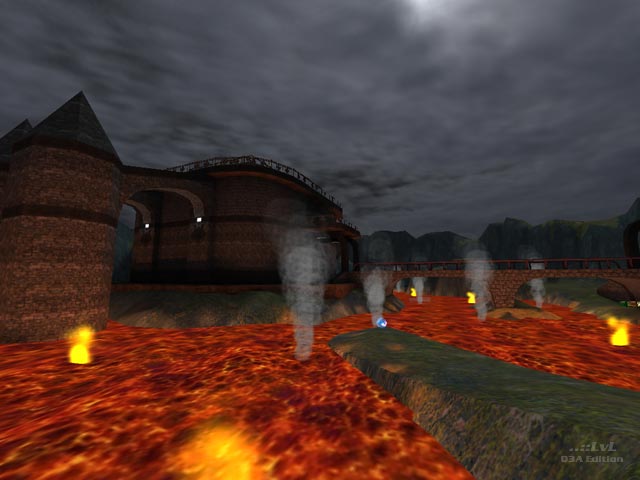 The Strange House by Amphetamine is a map that started out as a testbed of sorts, and ended up turning into this map as an unexpected result. I can say that it is the most original map I've seen in quite a long time, as it doesn't imitate any other Q3 map. I like maps that focus strongly on gameplay, but to see a map that has a real world feel on top of it always amazes me. It's always fun to play a map when you like looking at it also. The map has an older brick style building which uses textures from Evil Lair, that sits in the center of a very large flaming lava pit. Lava balls fly up from the lava and fall back into it, with smoke rising from burning visuals. It's really quite something to look at. There's a bridge that goes over all of the flame that takes you to the building.

There are photo-realistic textures used from BerneyBoy. The grass textures that are used on the outer walkway are beautiful to look at as the terrain moves up the foothills that surround the map. There's a little piece of ground that extends out into the fire which the MH sits upon. If you run at it fast enough you can jump over the fire. The bots play amazingly well considering the layout is so dangerous. If you hit them wrong with a rocket or a weapon with splash damage it will send them in every once in a while. 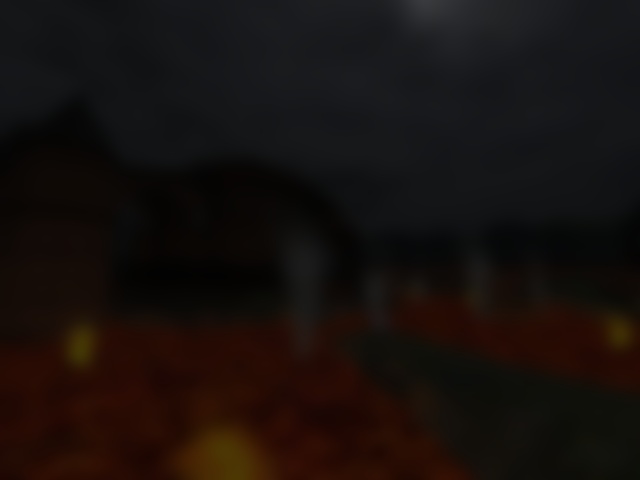