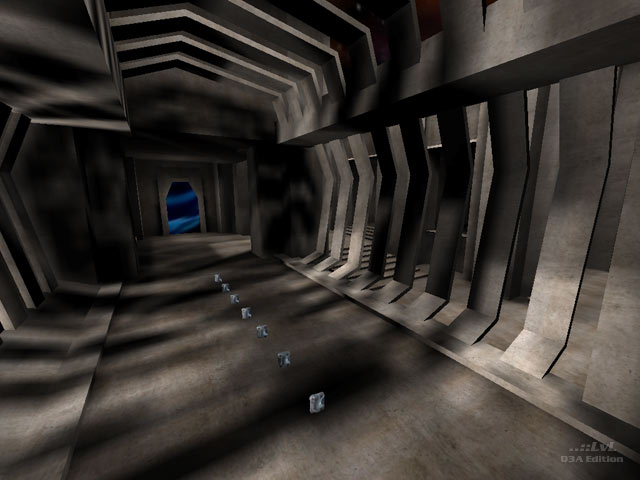 This is a small, 3-tier L-shaped arena with an outer ring of wide corridors. As far as texture work? Well, there is that one texture, the map is not quite in geocomp style, but it is simple. Architecture compensates for the single grey texture with tall columns, small details and ribbed walls on the outer ring. These ribbed walls make you feel like you're in the belly of a dinosaur skeleton. This provides cover from rail fire and other weapons whether you're on the giving or receiving end. You cannot squeeze through the ribs except at the ends. These, and other ledges, also allow those who are well versed in the rocket jump to score camping areas high up. The lighting is also well done and contrasted giving you a sense of natural outdoor light from the main atrium.

Gameplay is either somewhat flat due to the open areas and somewhat vertical due to the ledges and different levels - a good balance. Overall, the vertical aspect is not extreme, as subsequent levels are really a half level above the next. Stairwells and several teleporters move you up, down, and around these levels. The open areas lend themselves to rail use, while areas like the YA ledge allow you to drop in some rocket love from above. Weapons include RL, SG, PG, RG and powerups are YA, MH, and lots of shards and health. Only one of each weapon so more than 2 players causes somebody to use the Machinegun a lot.

For small, tourney arena fans like me, this is a definite keeper. 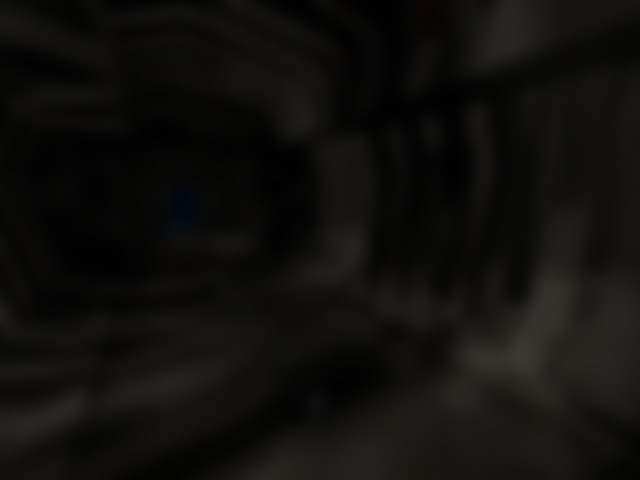