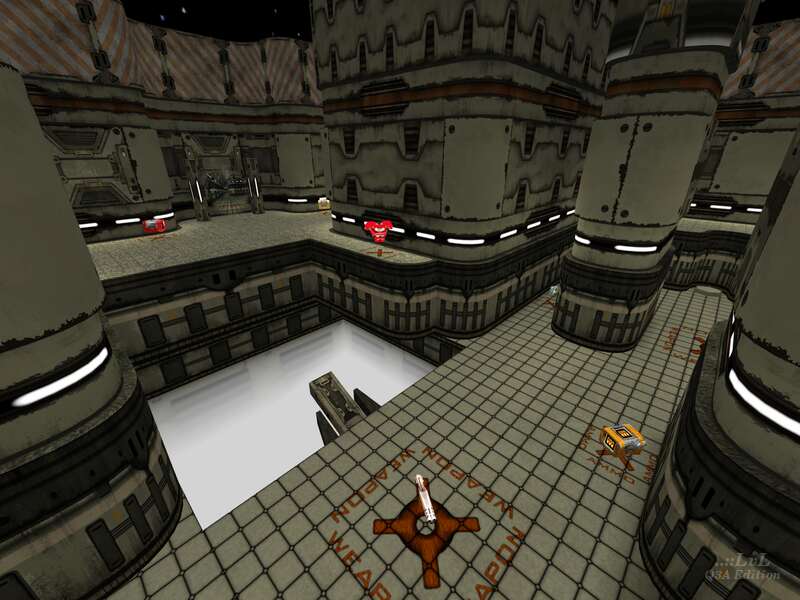 This is the first released map from the Julek, and its a sweet little tourney map. Simply stated: the map forms the shape of the number 88. The second 8 is a level higher than the first. And only half of the lower 8 is there, so you could think of the level as an L-shape of 3 circles. A couple one-way teleporters and a jumpad at map center over a void keep things moving along. It sounds simple and it is.

Greyish textures and orange item location markers adorn the walls and floors. The simple but effective architecture and detailed textures work well together. Weapons include RL (X2), SG, PG, LG with some ammo, health and the YA and RA. A bit too much armor for this size map and no rail gun or powerups.

Gameplay is certainly fast and chaotic, but enjoyable. Because there are only two levels, the firefights are mostly flat. There is also a lot of around the corner action (this may be why the GL was left out as well). My only complaint is a beep that constantly repeats- obviously a wav file has become confused. Luckily, it is a low volume sound in the background, but I humbly ask the author to fix it and resubmit the map (unless it is just my version of Q3A causing it somehow).

For crazy 1on1/tourney action: grab this little keeper. I look forward to more from Julek.

Update: There was a sound file issue in the original release, this has been corrected. (29.Jan.2007) 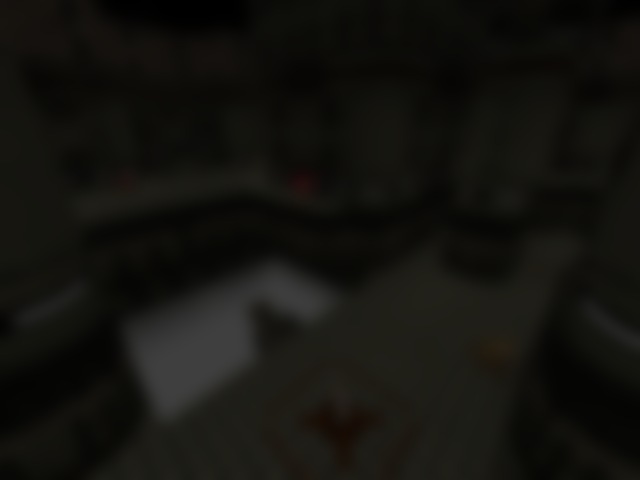