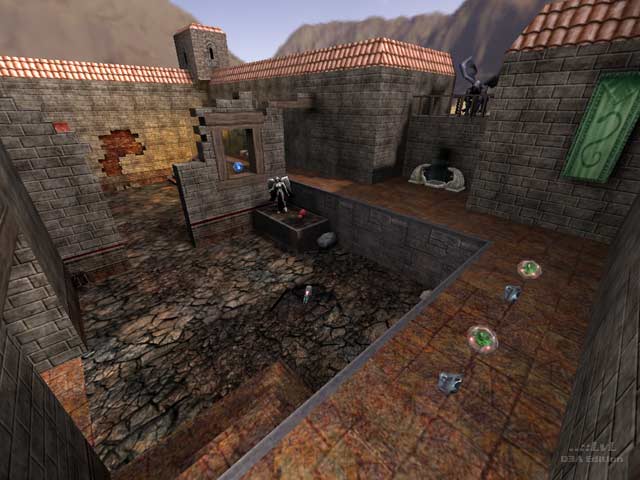 Steep Learning Curve by Foralarx, is the authors first map he has ever made. There has been a lot of mappers that present their first maps here, and I'd have to say that this one was done very well. The layout is somewhat simple in a small connective sort of fashion which works well for a good duel. The only thing that I really thought as I was playing, was that it almost seems like it's a walk through of mapobject models. In fact, it almost seems like there are so many that it's overkill. I found it more entertaining to just walk through and look around rather than play, though it is still enjoyable to play. Every room has a different look and feel, and with the statue's of Xaero, Major, and Visor from one room, to the teleporters from Evillair, along with models from Alphawolf, Oak Shiro, Gollum, Cyber, Ophelia, Con Artist, Nathan Silvers, and custom textures from Mr.Clean, Kiltron, Cardigan and some others, it is clear where the filesize came from.

This map probably wins the award for the most custom objects in a map, though I'm amazed that it was pulled off in such a small map. It's some nice work for a first map, and well worthy to be checked out. 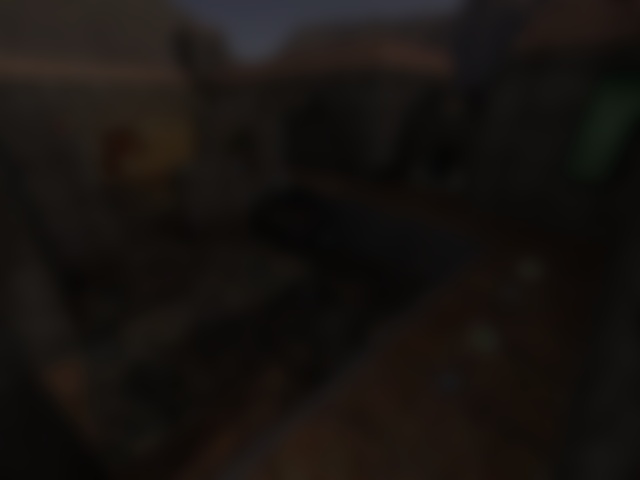