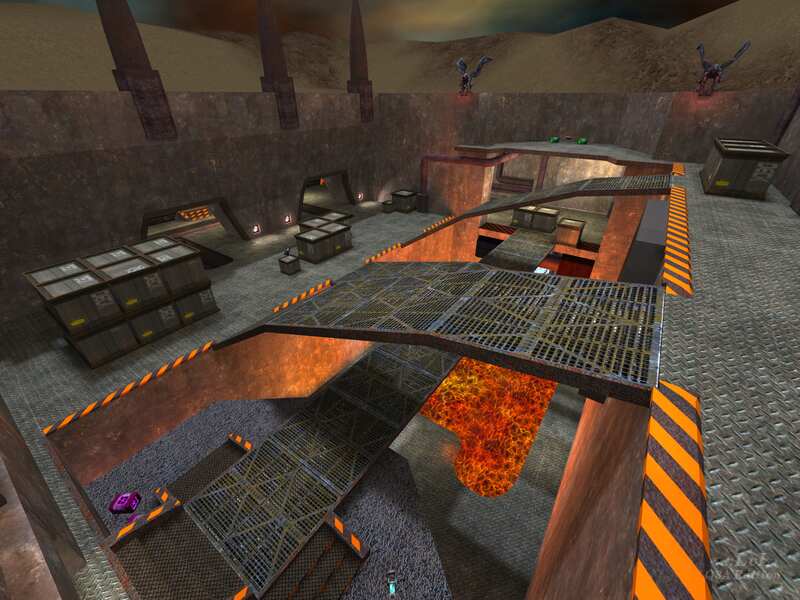 Q3Deck is a remake of Deck16 (from UT) and Deck17 (from UT2004) and is the authors first Quake 3 map. It is a pretty accurate remake, which has its strong and weak points; e.g. mission accomplished porting over the map, but as with most UT map conversions it seems to suit UT more than Q3. I think it would have been more successful if extra effort had gone into customising it for the Quake 3 world. Maybe scaling down some of the rooms and corridors would have helped.

There are 2 rail guns in the map, which pretty much turns it into a rail arena, especially when you take into consideration the size of the main room. There is enough vertical and horizontal game play to make this work though.

Technically the map played fine and the bots circulated it quite nicely, save the odd suicidal tendency of jumping into a nice warm pit of lava.

Aesthetically, Q3Deck is very average, with too many bare walls, and bland lighting to give it any wow factor. The combination of tech/base style textures with gothic models does not win the level any consistency points either.

The map is fun enough for a quick round or two, but is flawed in too many areas to make it special.

Update: The download has been updated to the final version. Corrections and changes in the final version include: Clipping fixes, details added, altered dimensions of a few areas, some texture changes, added 6 small healths between RG and SG. (10.May.2006) 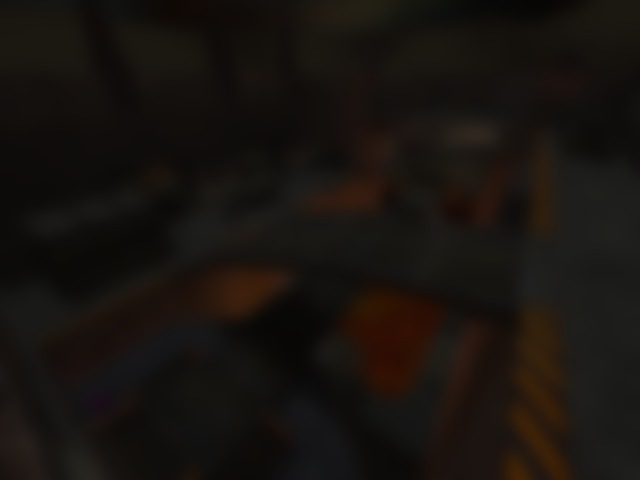