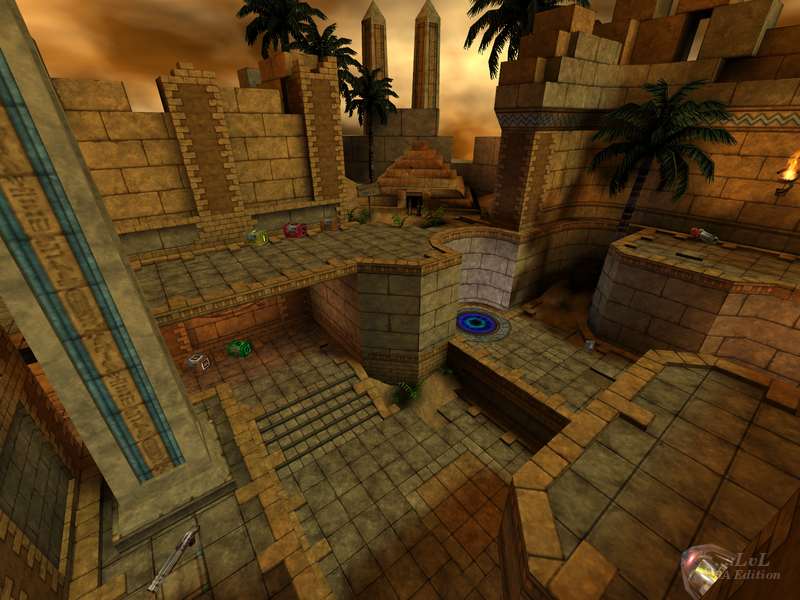 I've loved Sock's Egyptian texture set since I first laid eyes on it, but Necrosis has done a fine job of constructing it, which includes a fair bit of typical Egyptian style geometry and a pretty detailed brickwork floor. On top of that, you have in depth palm trees, sandy areas, sexy swirling fiery wall lamps, and some nice looking bones of an animal (probably some sort of dinosaur). Lighting is good and bright enough all round, but the light colours emitted from the wall lamps somehow seem a bit too "warming up darkness" considering outside Egyptian areas are normally bright with sunlight. I'd also prefer to see a nice desert skybox instead of id Software's thick yellowy clouds.

Game play is not so bad bearing in mind the size of the map. Weapons have been placed nicely taking into the account the space in which they have to fit in. Snatching the rail gun is not a piece of cake because there is a broken wall on one side of it to pop grenades through. Ammo and health is not over or under done, and that useful armour is included. Power-ups, however, do not make an appearance in this map, but this isn't a bad thing because there really isn't any need (or room) for them. The description in the read-me clearly says "q3 map for tourney", and this is really the only game mode worth playing the map in. You might get away with enjoying a three-way fragfest, but you won't do this map justice if you have many more players. Bots are support, but you are more likely to enjoy human company. CPMA (Challenge ProMode Arena) worked well on this map for me, especially since there are a lot of sharp corners and drop downs that can be jumped around pleasantly with pro-mode physics.

In a nutshell, this is an excellent tournament map that can give fast paced or tactical game play all in a stylish suit. Maps like this might keep Quake 3 Arena's juice going a bit longer. 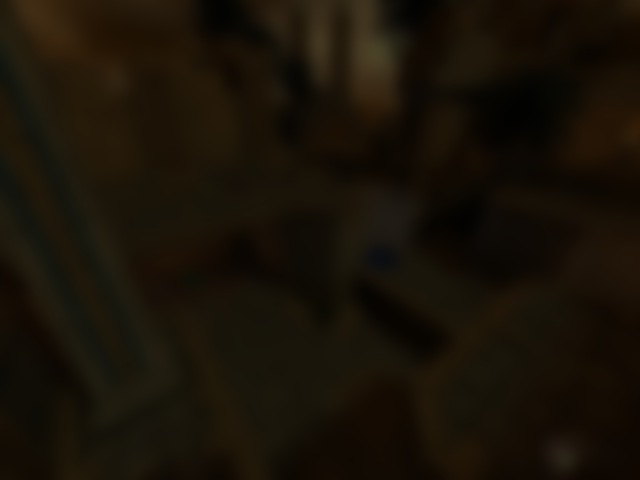