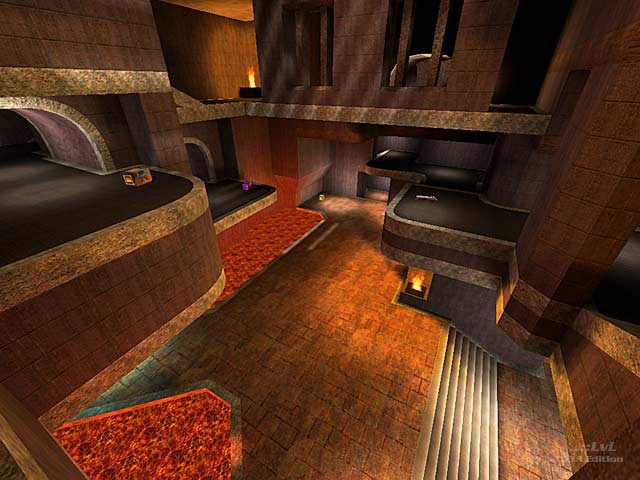 Final Honors by Munyul Verminard is a map that was originally being made for use with CPMA back in 2003 but was lost when he reformatted his harddrive.

When maps are first being made, they go through an alpha and beta process before becoming final maps and they are mostly based on gameplay rather than looks in their beginnings. This is the sixth beta version of mvdm14 and since the .map file has been lost, this is what is left for you to play on and enjoy as an unlost map.

Vertical play is what this map was created for and I find it to be an excellent map for tourney play. SG, GL, 2 RL's, PG, RA, MH and a Green Armor with the use of CPMA is also included within the map. There is a lack of ammo available which makes you have to keep moving to keep your weapons full. With use of promode physics, keeping lots of speed is a normal thing anyway, so running out of ammo should not be a worry.

The pillar in the RA room, is angled at the bottom which allows for double-jumping to grab the RA very quickly or reaching the higher plateau of the room without having to use the bouncepad, though connectivity of the map is just as well in vQ3 play and still just as fun.

I've played this map beyond a countable amount of times because of it's great layout. It's like a small tourney feel of Pain From Spain with it's look. Playing gainst the vicious human-like bots in the latest version of CPMA on this map is also quite entertaining.

With maps coming out these day that are 5MB's or higher, this 1MB map with it's old-school gothic feel is great. Check it out! 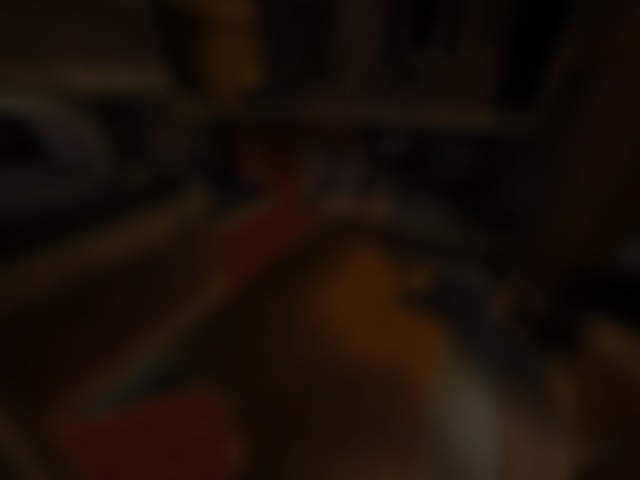