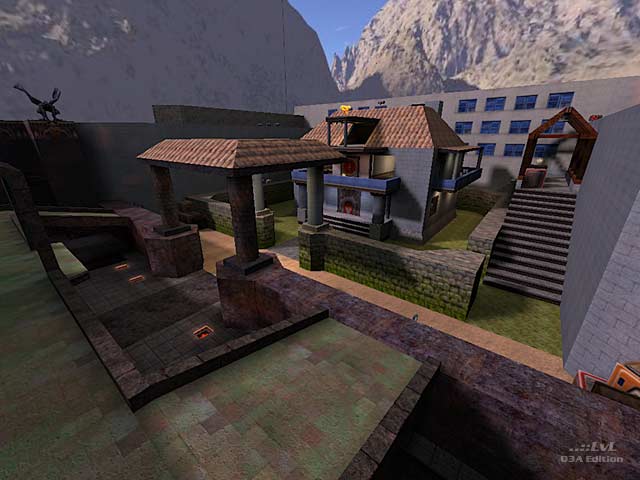 Sikoku Farm III is a medium sized map that lends itself well to tourney game play. It consists of a fairly large courtyard area with a "house-like" building in the middle, complete with balconies, a fireplace and an attic. Most of the game play occurs outside of the house though, due to its small size. Any action that happens inside can easily lead to a quick suicide from your own rocket splash damage. Nearly all the weapons can be found including the BFG and their locations are spot on. There are a few areas for campers too which ads another element to game play.

A mixture of styles and textures are used throughout the map, so there is no real theme to it. For example, the office buildings around the edge and the oriental style pillared area. Unfortunately the textures don't really mix well together and I think the author would have been better off using less variety.

Bots play the level perfectly well (sometimes too well for me!) but do not seem to use all of the map, particularly the top area where the BFG and its ammunition are located. Maybe this is a good thing?

I would not recommend the download. There is just not enough to it to warrant good, exciting action.

Reviewers note: The .txt file and the authors website are not in English (maybe Russian?) so I could not find out any info about the map. Another, annoying thing is that the .zip file is called sifarm, the .pk3 is called SFarm and the .bsp is called wrdm19 which just makes the map harder to locate! 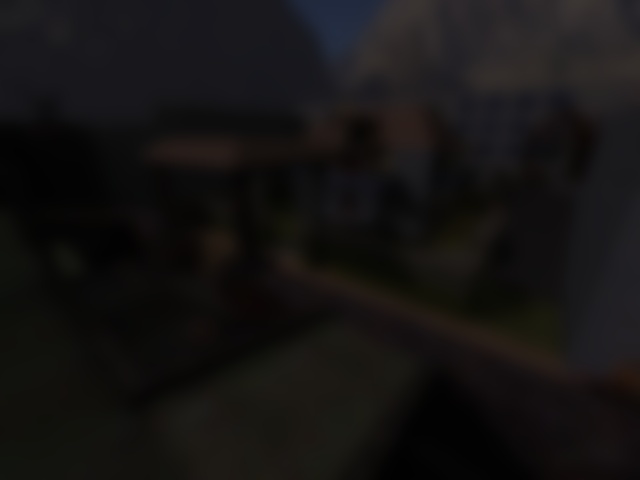