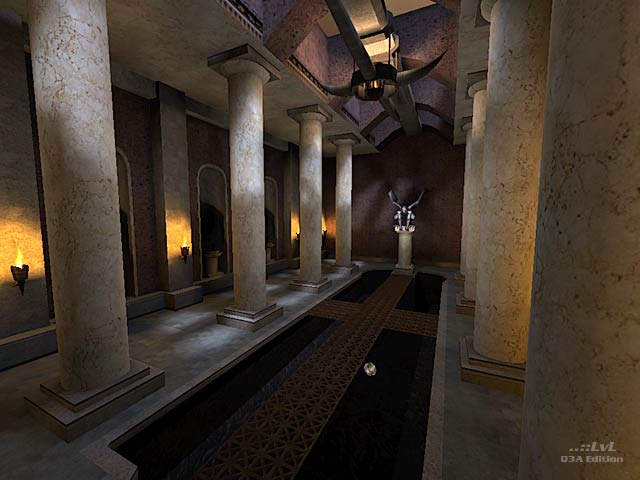 A dark Gothic map with an entrance that could be influenced by the original Quake corridor. A big center room and a cluster of lava-dungeons. Originally meant for PainKeep 3.0 as it uses the game's PKA items, weapons and features in this map. Though you can also play it in vanilla Q3.

Item placement is a bit awkward but it keeps the players on their toes. Some nice effects are included throughout the map, including in the main corridor. There are a few issues getting out of the water. Turning up the brightness does help, but not much. The lightning is were the map lacks in general. Thoughtful light sources have been placed, but it could have been polished up a bit more by adding contrast and a lighter skybox for the entrance. As far as architecture goes, Anton added 4 good looking staircases to the center-part of the map.

The map performed quite slow in some places on my old system, even below 30fps. In some other areas it run a very smooth 80fps. The bots play decent but are only recommended if you play the map through PKA to keep the action going. An evening of multiplayer madness would suit you better, even with this map, that I believe is far from the author's other maps I've played.

If you'll download this one make sure you read the startup 'howtoplay' instructions in the txt. Anton's Skytown map is my favorite, but I'll have to pass on this one. 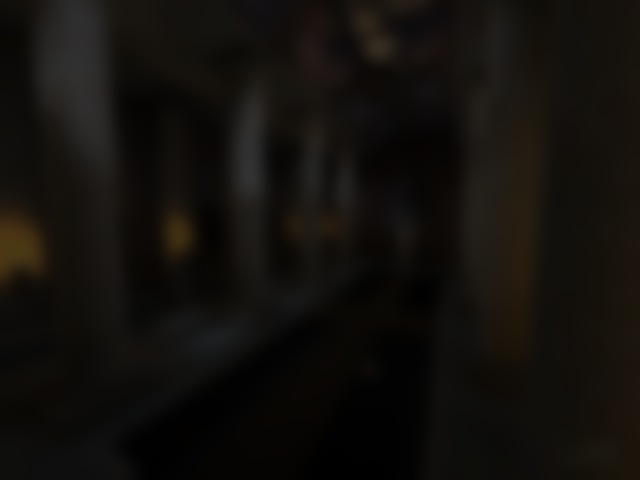