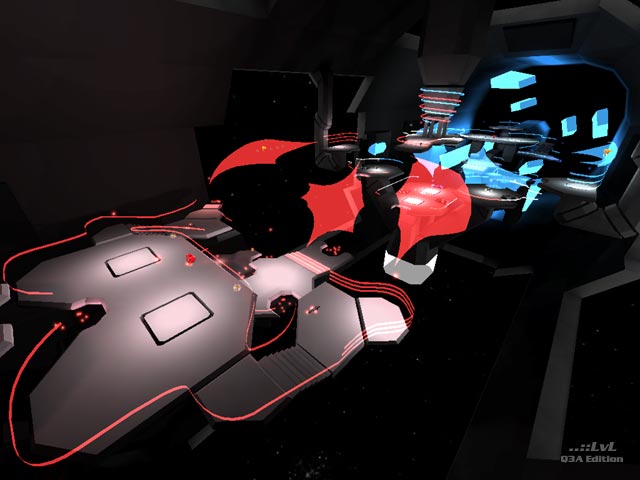 One thing is very evident upon loading up this CTF level; the author has a great imagination for space theme maps. Industrial light and magic meets starfox in this space CTF floater. You are placed in what looks like a mechanical tube with spinning rectangular objects which represent some kind of engine at each end. Something that looks like wings used for cover fire are placed near the front of the each base. A center piece which I found to be kind of pointless due to the fact that the only thing on it was four armor_shards and a hole to drop you to the bottom platform with a Mega health.

All the custom textures in the level are made by the author. Particle dust is used for weapon spawns, launch pads, bounce pads and an arrow texture which I guess are suppose to be ladders of some sort. When jumped upon the Player is shot upward (similar to a bounce pad). Brush work was cut out wonderfully, no issues in this department. Texturing is not over done, but stylish enough to get the job done. Item placement is not bad. Weapon distribution was on a fair note giving the size of the map.

Here's where I have to gripe a little; The author states in his read_me that the level is a "BETA VERSION FOR YOU TO TEST". The playability portion of this great looking CTF is right on the mark with what the author had just stated. I found that the launch pads where not properly tested. I would miss the YA 5 out of 6 times running back and forth just to get the darn thing. Sometimes hitting the platform falling to my undesired death. Bots didn't play well at all. Falling to their deaths or just standing and waiting for the right motivation to move in for the capture. This map has only six spawn points. So any more than that is just invading space.

Overall outlook on this beautiful looking CTF map is that more beta testing before final release was in order or the author wanted it to be like this and didn't update his read_me before releasing. Either way I want this on my hard_drive but it'll collect dust until the playability is touched up. I can't wait to see what the author brings out next. He does have a great imagination.

CTF fans may enjoy. Worth a look by others, but probably won't keep it. 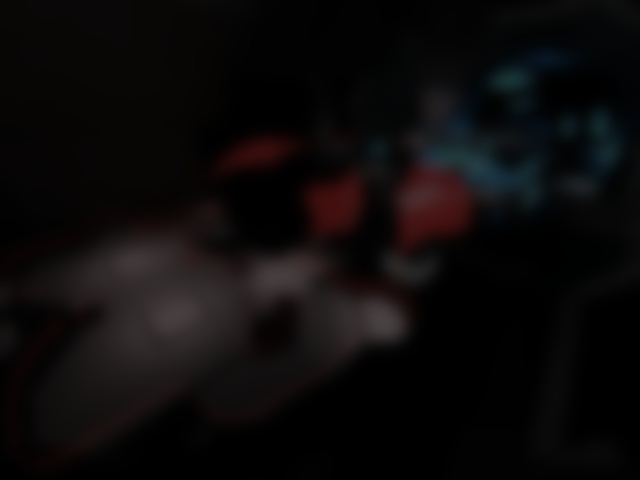