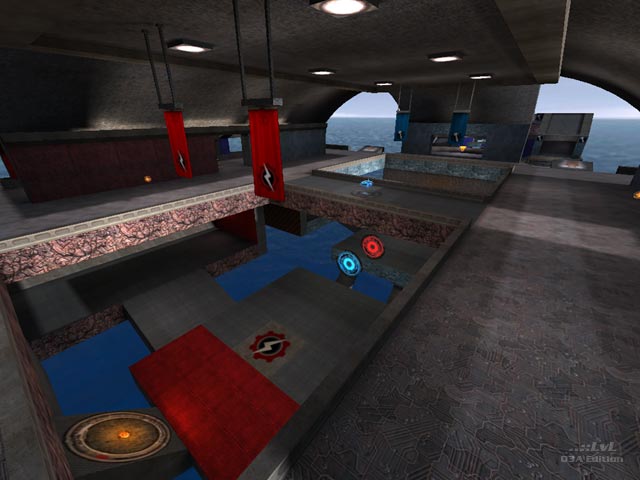 Just Bring It is a medium sized CTF floater, which feels like an interesting mix of q3ctf4, and The Vast and the Furious. Nothing but air and a large middle area that contains two levels separate the red and blue bases. Item layout is done nicely; you won't find yourself looking for a weapon. My only complaint is that the railgun catwalk is a little too thin the slightest bump usually knocks you off. Also, a second way to reach the railguns, such as a hole to drop down from the yellow armor lookouts would've helped flow.

Texturing is not bad, but the flow from one texture to another is off. Also, while the map is base/tech themed, some gothic textures are thrown into the mix which just feels odd. Just Bring It utilizes standard Q3/TA textures, as well as some from Threewave, and a skybox from amethyst7. Lighting is done well, but nothing too fancy. (And given how open the map is, and the skybox used, it does not need anything fancy.)

Bots played well on Hardcore. Although, like a lot of other floaters, sometimes they have difficulties getting from point A to point B without falling into point V. :)

Bottom Line: Give this one a shot if you're a CTF fan. It will eventually leave my system, but not anytime soon. 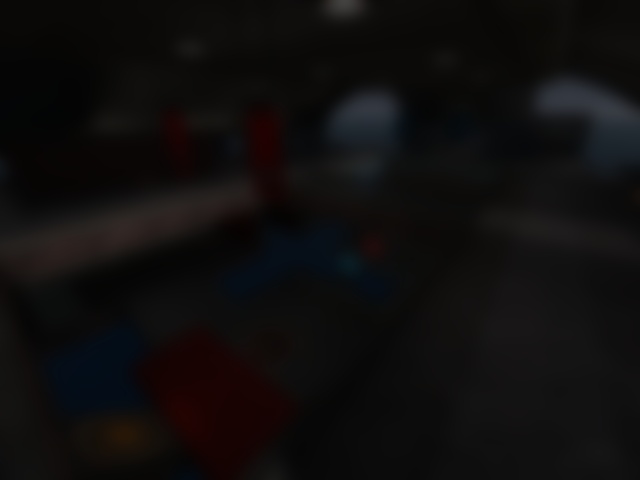