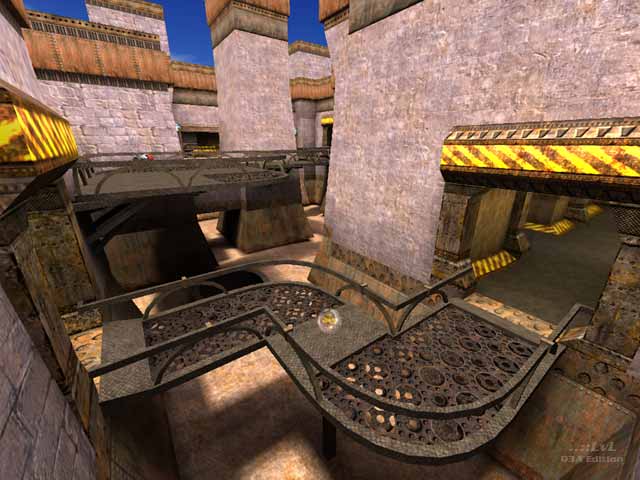 Pacemaker is an adept name for this level, although this may not be the pace you want to have forced upon you. The level is set up well as far as design is concerned. There are two relatively distinct areas and each has it's own theme, though neither one really seems to coordinate well with the other. There are a couple of small problems when playing bots, most notably that there is a pool of water that they constantly seem to end up in. Get yourself a GL and it's like blowing up fish in a pond with dynamite. Aesthetically it's a nice looking map. Playability, on the other hand, is poor (my "pace" comment). There is a distinct lack of items and weapons in this map (no armor and little health), but, conversely, the Regen and Invisibility that are included are too close together. Fighting with 6 players on this level rapidly reduced to a machine gun festival, and that's something I despise. Whether the author intended this or not, I don't know but there are only four weapons and maybe one ammo box for each, far too little for a map of this size, a map that can easily hold 6 players.

This was the first map this author released to the public, and at that level, it is good. Better item placement and it would have made a difference. I would like to see more from redfella. 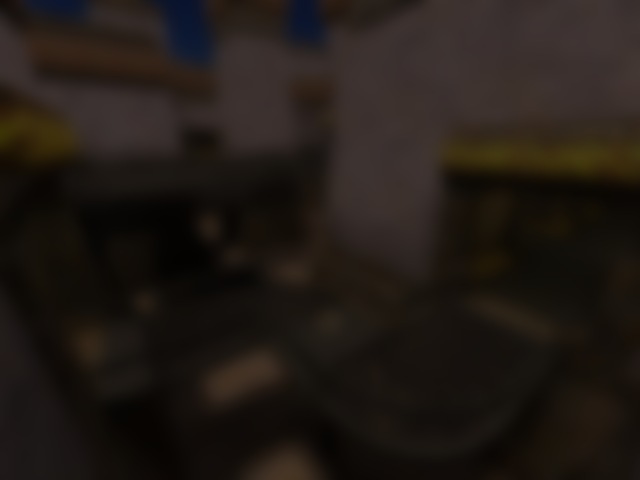