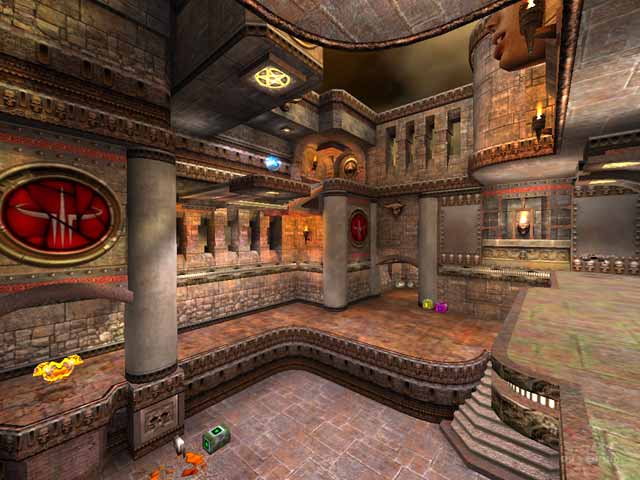 At first glance, this looks like a typical first-time attempt at mapping: the strange blend of gothic and tech textures, the tight corridors, the weird layout and item placement, they're all there. However, this is a case of the whole is more than the sum of its parts. There are plenty of good places for trick jumps and there is a cool gimmick involving access to the quad that the bots even use. Anarki, the bot assigned in the arena-file, plays the map very well and will give you a run for your money. Texturing is rather haphazard, but adds to the erratic, fanciful feel of the map (intentionally or not). FPS are consistently high, and tourney play is charged and fun. The kicker is that the whole shebang is less than 1.5 megs. The only problem and it's a small one, is that the texture on a single mapmodel was not added correctly to the PK3 so the model appears in holodeck form (the model is common though, and if you have another map that uses it in baseq3 it should show up fine).

A quirky, endearing little tourney. Give it a try. 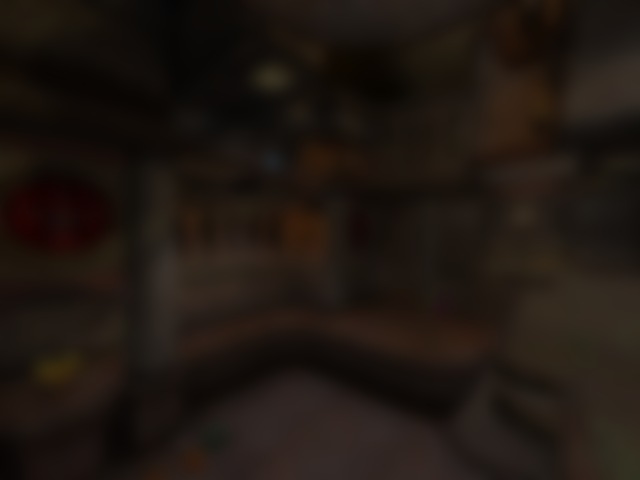